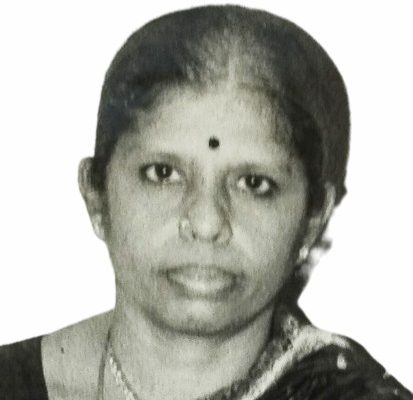 The centenary celebrations of vainika Vasantha Saravanan (1923 -2004) is to be held on January 22 at Arkay Convention Centre, Luz, 5 pm. onwards.
Students of V S School led by Raji Ramachandran, Vasantha’s daughter and sishya who teaches music today, are paying a musical tribute by performing Vasantha’s compositions on that day, to be followed by a veena concert by C. Charulatha.
Arkay Centre is arranging a live webcast on its Youtube channel of the day’s event.
Vasantha Saravanan was a senior artiste and performed for All India Radio from 1944 to 2003, almost for six decades and has trained many students, says her daughter Raji.
” My mother was a resident of Abhiramapuram. She has composed many songs and published a book “Keerthanai Malai” which was released by veena S Balachander at Thyagaraja Samajam, Mylapore in 1987,” Raji adds.
Raji Ramachandran is now based in Anna Nagar East; she is a postgraduate in music from University of Madras and has been teaching Carnatic music and veena playing at for the past 30 years.
Contact Raji Ramachandran – 9840816295