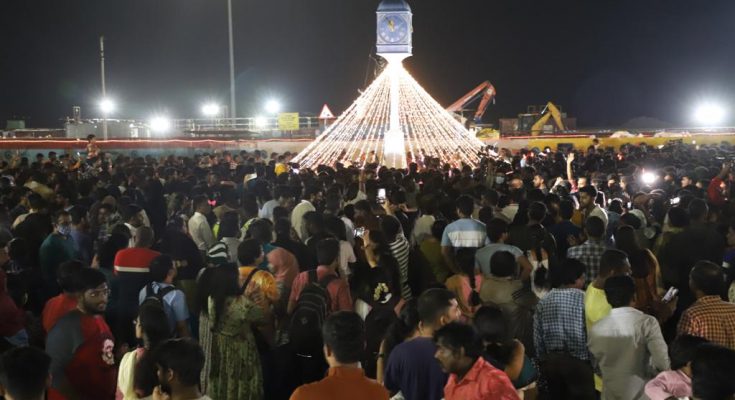 The city police may have issued regulations for New Year gatherings in public places but they were cool and considerate to the hundreds of people who gathered around the illuminated and decorated P. Orr & Sons clock tower round tana opposite Gandhi statue on Marina beach late on December 31.

As the clock struck the hour to usher in a new year, there was a resounding roar and stream of cheers from this huge crowd as the police men and women kept a close watch, to weed away trouble makers.

Minutes later, the crowd had melted away, coaxed by the security forces to clear the road.

Earlier, lots of police men and women patrolled the Marina, blocking those who wanted to get into the beach. The beach was a no-go zone. Cars and bikes were not allowed into Marina Loop Road too.