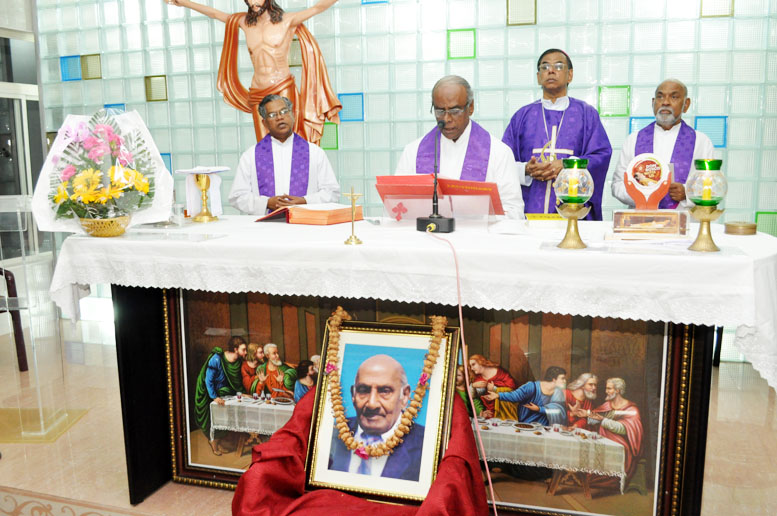 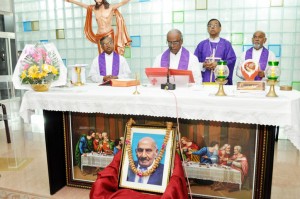 The memorial Holy Mass held in memory of late Xavier Absalom on November 29 at St. Bede’s Anglo Indian School chapel had some special moments for family members and for people whom he guided in life.

“The chapel was packed and many had come to pay their respects,” says Mona, his daughter.

Auxilary Bishop Rev. Lawrence Pius was the main celebrant along with three other priests.

Xavier Absalom passed away on October 21. He was an old Bedean and was well known in the community in San Thome. He trained PT master who worked in many campuses, news of his death evoked obituary notices from people who had trained under him.

He was a regular at the alumni meets of St. Bede’s and junior alumni members also attended this memorial service.