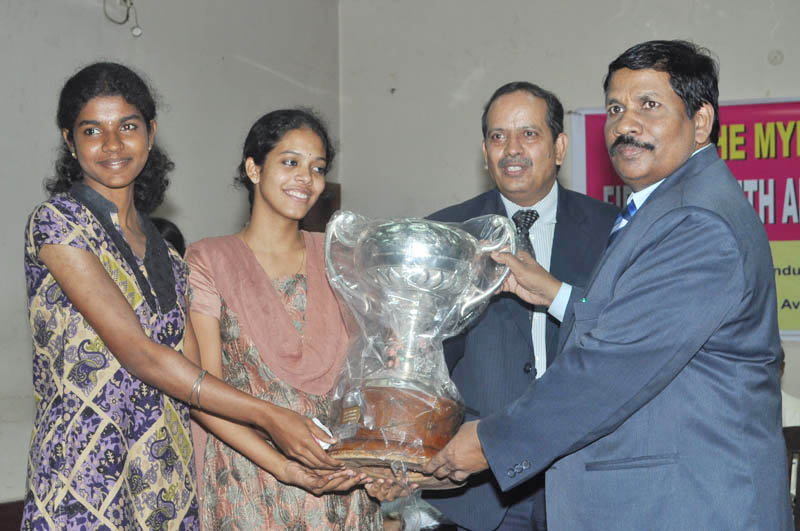 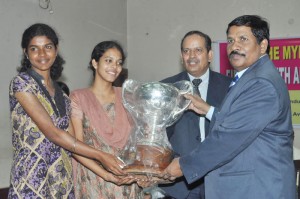 The prizes are for the series of oratorical competition conducted by the academy for schools and colleges.

S. Tamilvanan, judge, Madras High Court will be the chief guest. He distribute the prizes for the winners.

The Mylapore Academy Silver rolling trophy for inter college oratorical competition in Tamil will be awarded to Queen Mary’s College.

Maharaj of Travancore Silver rolling trophy for oratorical competitions in English for colleges in honour of Dr. C. P. Ramaswamy Iyer will be awarded to School of Excellence in Law, Dr. Ambedkar Law University located at Dr. D.G.S. Dhinakaran Salai.

Seen in the picture is Indu Priya and B. Sanjana Devi of School of Excellence. Seen along with them are Dr. V. Vijayakumr, Vice – Chancellor, Dr. Ambedkar Law University and justice S. Tamilvanan.