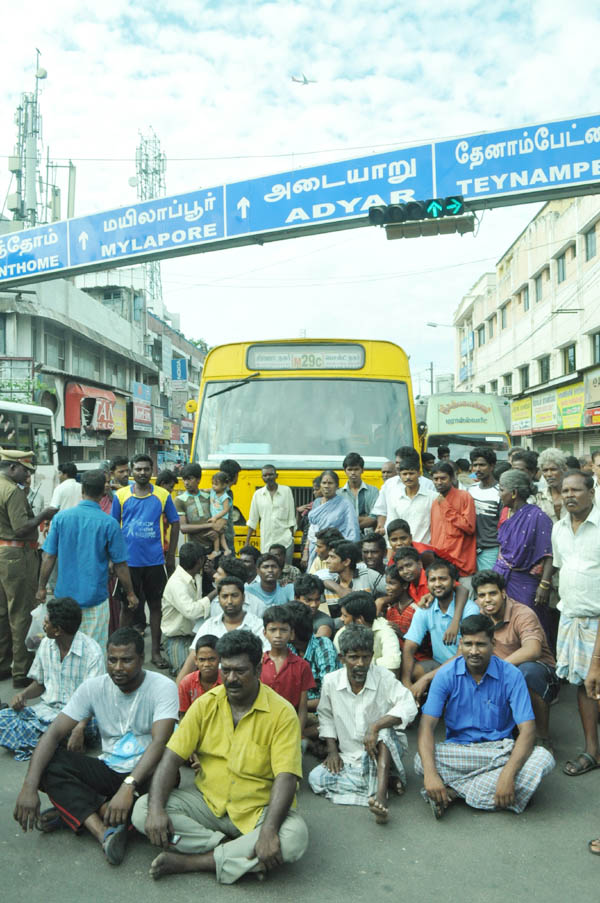 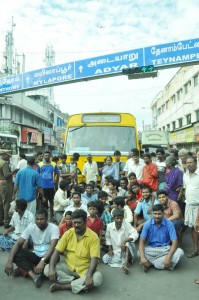 Residents of Kapali Thottam in Luz staged a strong protest in Luz on June 8 after the local TNEB installation caught fire and power broke down in this area.

They charged that despite many calls the local police and EB staff did not rush to the scene that morning.

So groups of residents came out on Luz Church Road and walked to Luz Circle and blocked traffic.

Mylapore police intervened to avert chaos and pacified the protestors.

Later, MLA Rajalakshmi also visited the colony to listen to the residents and address the issue.

Earlier in the week, power broke down in Alwarpet, Abhiramapuram and R. A. Puram because of a cable that link the local and Taramani feeder stations was damaged.

This breakdown was said to have been caused by the sudden rains.