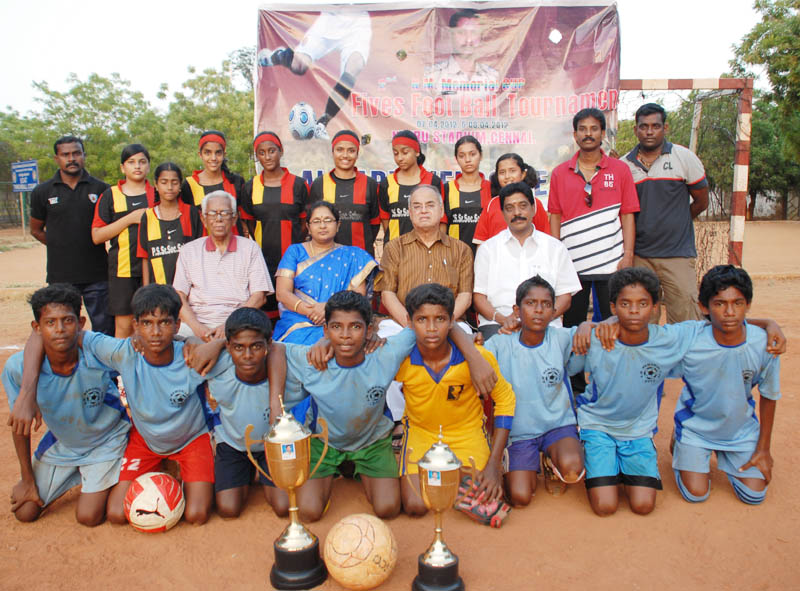 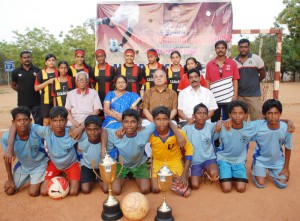 The girls football team of P. S. Senior have been celebrating this IPL season.

They lifted the winner’s cup in a local tourney.

The R.Mohan Memorial 2nd football tournament is for under-15 boys and girls and it was held at J.N.Stadium, Periamet.

This tournament had 12 teams from the boys side, and 6 teams from girls side.

M. Renukalakshmi, President of Soccer’n Me Academy, presided over the function. Mohan was a passionate patron of football and lived in this neighbourhood. His wife manages this tourney in his memory. 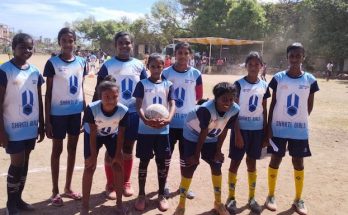 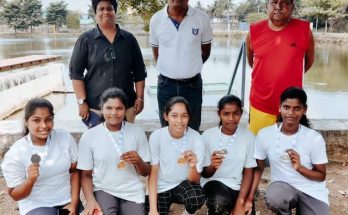