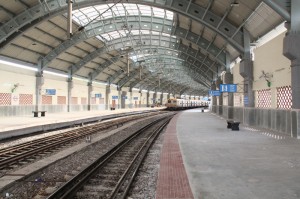 A day after the Railways opened the Mundagakanni Amman Koil station in Mylapore on the MRTS section, there were very few people who either took the train or alighted at this station.

Some commuters who were headed to Thirumylai mistook the newly opened station to be their destination.

On Thursday morning, there were very few people waiting to board the trains at office-going peak time. But many local residents say the facility is useful.

The station can be accessed from the Sanskrit College side and from the Bazaar Road/Buckingham Canal side.