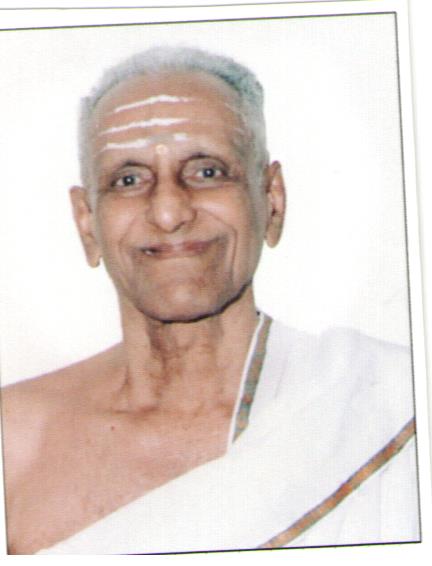 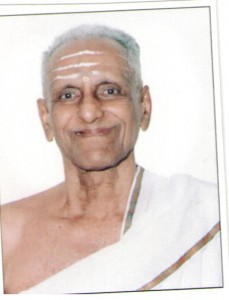 K. V. Krishnamurthi, 90 years, a resident of Mandavelipakkam, passed away on Sunday, July 5 after a short illness.

His son-in-law, Commander P. Venkateswaran writes a tribute to him.

Affectionately called KVK, Krishnamurti was a patriarch, not only for his personal family (comprising three younger brothers and one sister), but also for several social organizations in New Delhi and Chennai.

KVK obtained a bachelors degree of science (chemistry) from Pachiappa’s college in Madras and was a resident of Mylapore in his early work years. Due to family committments, KVK had to forego working on his masters degree, and instead joined the workforce in a defense unit’s R&D section and here, his career spanned over three decades – in Chennai, Kanpur and New Delhi.

Most of his professional career was spent in New Delhi, where he retired as a Senior Scientific Officer (SSO) in 1983.

During his Delhi years, KVK mama, as he was often addressed, led from the front in mobilising the Ramakrishnapuram South Indian Society. This Society improved cultural and social exposure for thousands of South Indians, many of whom were central government employees at various ranks, and were struggling to find a cultural identity.

KVK often felt that he achieved only modest professional success in Delhi, primarily due to a lack of a masters degree, and instead of being bitter about this, he chose to create an organization that provided spiritual identity for a group of Delhi-based South Indians by co-founding the Vishnu Sahasranama Satsangaam (VSS) in conjunction with his friend (late V. Ramanatha Iyer). The VSS organisation was started by chanting of Vishnu Sahasranama Parayanam. It took place in the homes of a small group of devotees on Sunday mornings.

Following chanting, prasadam was distributed and there was a network of like-minded families. This led to sustained friendships that have now spilled over to the next generation of VSS devotees (many of whom were young children at that time).

The central government regulations forced upon retirement in 1983 at 58 years, but KVK had lots of energy left. Hence, the next decade would be spent in managing the Madras office of a Hyderabad-based fan company (Minar Fans), owned by family of Jaswals.

After retiring from his professional activities, KVK became one of the founding members of the All India Vishnu Sahasranama Satsangam. During his years, as chairman and patron, he enjoyed his friendships with late V. Ramanatha Iyer, Malikararjuna, and Ramji.

Together they promoted Vishnu Sahsranamam chanting within and outside Chennai. One of KVK’s favorite activities involved the annual Vishnu Sahasranamam celebrations held annually at TTD, Tirupati.

KVK always was the consummate family man and his children (three daughters, their husbands, one son, and daughter-in-law) looked up to him for his Bhishma-like leadership.

He was united in 62 years of marriage with his musically-inclined wife (Meenakshi).