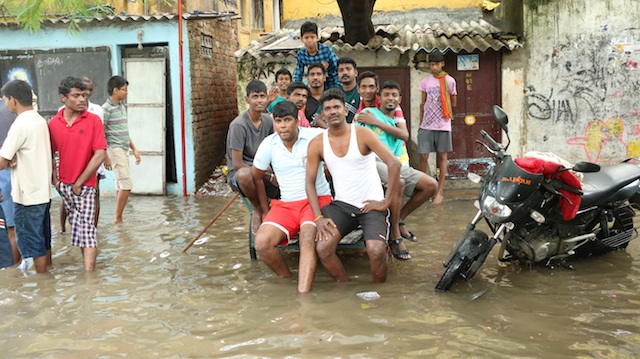 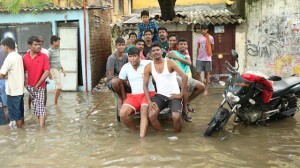 December 3 was the day of the deluge the like the city has not known. And for people who live in small little apartments, huts and makeshift homes this was going to a long day – they knew disaster was at hand.

These were the residents of places along the Buckingham Canal – all the way from Ramakrishna Puram, off Kutchery Road and in the P S School (North) area to Visalakshi Thottam and Govindaswamy Nagar.

They had lived with the worst the week before when the rainfall was heavy – many had moved out to places where their in-laws or relatives lives – in areas that were safe from the floodwaters.

On December 3 they knew that the deluge was at hand – and they would be washed off their small hearths if they did not act fast.

Our photographer Madhan Kumar who lives in one of the packed colonies of Visalakshi Thotam and on the ground floor, had packed all the electronic equipment, sent off his wife and kid to his relative’s place and he moved to a family’s place.

The Canal did breach hours later – it carried muck for years and floodwater in the monsoon season. Now, it was flooded and they colonies on its banks bore the worst of that flooding.

Photo shows the youth of Visalakshi Thottam perched on platforms as floodwater runs all around their colony.