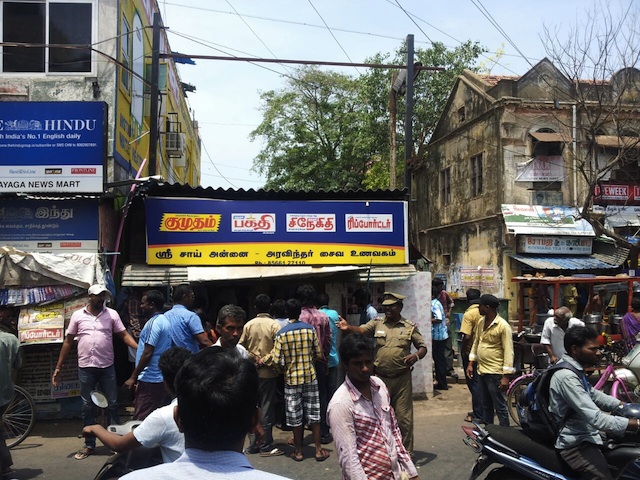 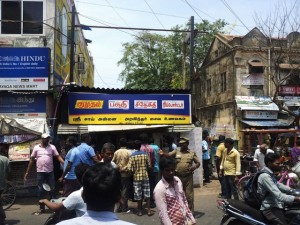 The land was just 40 sq ft; it was owned by Sri Kapali Temple, Mylapore. It is at the Mangollai junction of North Mada Street and East Mada Street. The tenant, who ran a tiffin centre expanded the space and must now be occupying at least 2180 sq ft, right there in the heart of MYlapore.

Temple managers with the help of local police and Corporation started proceedings to vacate the shop keeper and his property after it won a legal battle.

Executive Office Kaveri who supervised this afternoon’s operation says that the tenant owed the temple over Rs.15 lakhs and had lost his appeal in court and she decided to move in quickly to pack him off.

The temple has been trying to recover rentals or take legal recourse against people who are on lands it owns. It has been a slow process but it has been on for sometime.