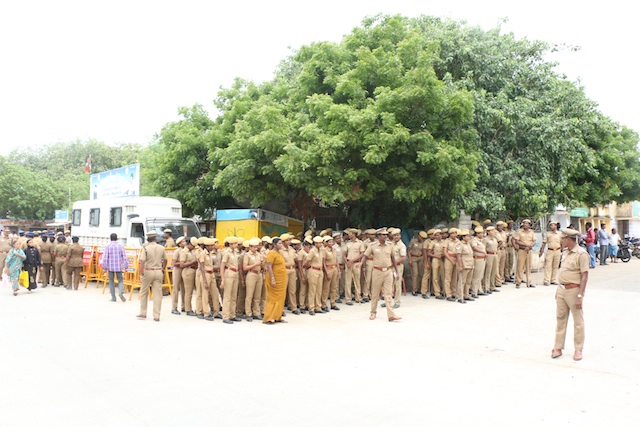 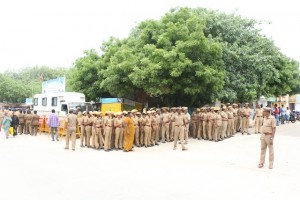 The young woman who died in an accident while chasing the rogue who had robbed her of a huge amount of cash in Foreshore Estate was a teacher at a school off East Coast Road.

V. Nandini was 24 and the sole earning member of her family. Her brother has just finished college.

Police say that Nandini and her cousin Gayatri, who is recovering in a  government hospital from injuries had set off on their scooter on Monday night to get cash from an ATM on San Thome High Road ( not R K Mutt Road, as Mylapore Times reported earlier). It was well past 10 p.m. and they did this job that late because the cash ( Rs.25,000) was required the next morning.

While driving down the newly-cemented road in Foreshore Estate where they reside, they were accosted by a young man on his bike who snatched the bag containing the cash and sped off towards the beachside.

The rogue is said to have knocked down a senior resident of Srinivasapuram who died on the spot ( it was wrongly reported by Mylapore Times that the man was knocked down by a speeding Nandini who was in pursuit of the rogue).

Police said Nandini revved up her scooter to try and chase the rogue; the bike tripped over some large stones on the badly-lit road and she fell down, sustained serious head injuries and died on the spot.

Residents of Srinivasapuram who had heard of the commotion rushed out and nabbed the rogue and handed him over to the police. They burnt his bike in a fit of rage.

Residents say that the TASMAC liquor shop located near the gate of the MTC terminus here breeds law and order problems in the locality and that it must be shut down.

They say many people come here to buy liquor and most of them drink on the spot. The rogue is said to have been drunk.

Some activists have protested against the shop on many occasions; women have led these protests. On one occasion, the women bought small liquor bottles and hung them around their necks at a protest.