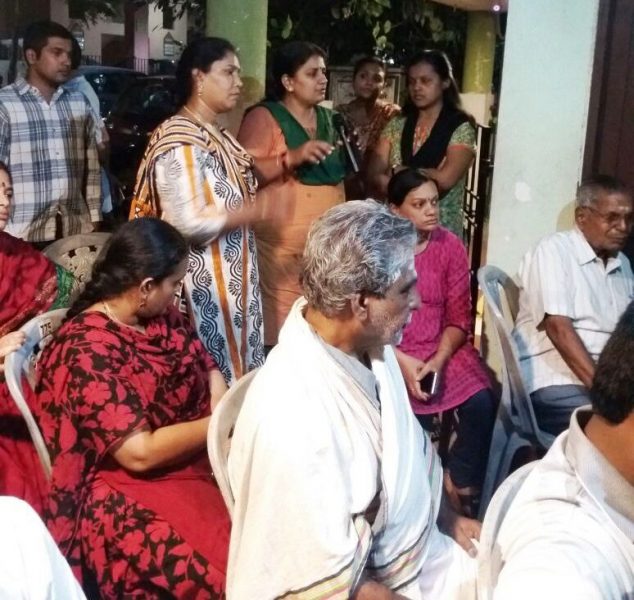 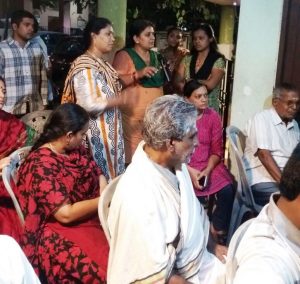 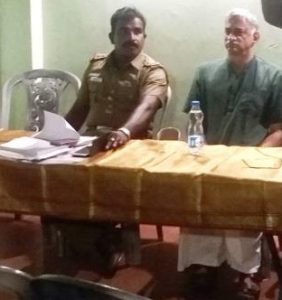 On Aug 7, the members of Mandaveli Raja Street Residents’ Welfare Association met with the police officials of E5 Police Station, Pattinapakkam to talk about their issues and seek solutions.

Residents turned out in large numbers from Raja Street and from streets nearby including Raja Street Extension and Kandaswamy Street to attend this meet. The Police department was represented by officers Sibu Kumar and Kumuthanathan.

Several issues were put forth by the residents including thefts of LPG cylinders from the second floor balcony of three different residents within a span of 2 weeks, an attempted chain snatching incident and thefts of a geared cycle, money and a motor cycle.

To add to the existing rage of the residents, CCTV footage captured a person walking around Raja Street scratching the front glasses and damaging about 20-25 cars. Complaints had been lodged along with the CCTV recording and pictures but no action was taken. The frustrated and angry residents stressed on the need for serious action to be initiated to catch the person at the earliest.

After hearing the complaints, the following suggestions were made by the officials:
1. Residents were asked to effectively use the police complaint Number 100 and not be afraid to complain or use the child helpline number.
2. Residents were asked to be cautious and form vigilance groups that can take rounds of the area frequently.
3. People should be informed of thefts in the area to see if there is a pattern so that appropriate measures can be taken in advance to prevent thefts from happening in the future.
4. Basic steps to prevent thefts like keeping cycles and gas cylinders locked should be followed, especially if they are kept in open accessible locations.