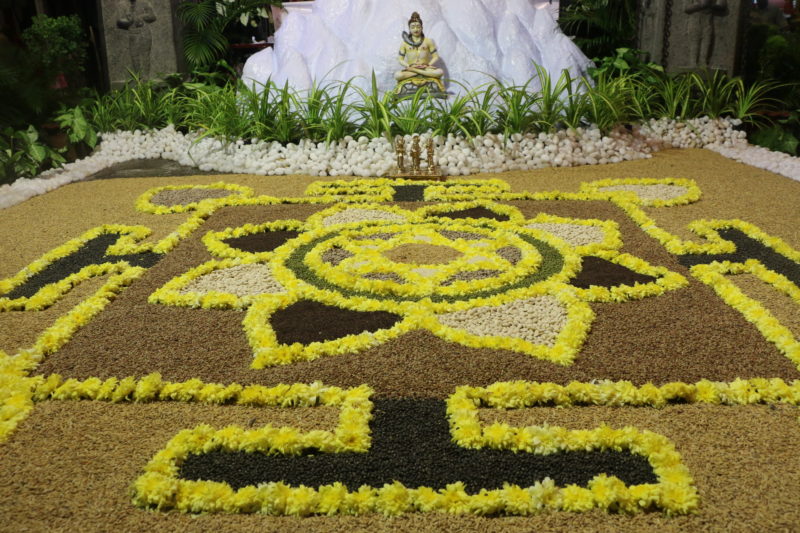 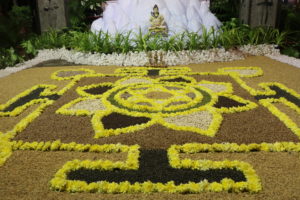 Kolus are an integral part of the Navaratri festival. But there are other facets to the celebrations. Music, prayer, socialising and gifting. And in large residential campuses, this is a time for community celebration.

Anandi Kapaleeswaran has been following a festival practice for the past 12 years. This past week, this resident of Pitchupillai Street, Mylapore invited nine girls on the second day of Navaratri, washed their feet, gave them a thamboolam with traditional clothes, manjal, kumkum, bangles and other jewellery and then fed them. Said Anandi, “We do this as part of suhasini pooja.”

Elsewhere, Kavita Srinath who is part of a women’s group, joined the members to sing songs and chant slokas at the houses of well-wishers. This group learnt the slokas from ‘Abhiram Anthathi’ and they will be singing in a different house each day of the festival. At Kavita’s house at First Cross Street, R. A. Puram, the one-hour session ended with lunch.

At Vijayalakshmi Sailapathi’s house at Mandaveli, guests were welcomed by a small child dressed up as lord Krishna and a senior ‘sumangali’. Says Vijayalakshmi, “For the past 20 years, I have been giving the first thamboolam to a senior married woman. When my mother-in-law was alive, I would give it to her. Now I give it to one sumangali and one young girl”. Here, two items are offered as naivedyam to the deity
everyday. On one day, it was pal payasam and sundal.

In Venus Colony, Alwarpet, Vijaya Sreedharan’s theme kolu celebrated saint Ramanujar’s 1000th year. Says Vijaya, “We have displayed 12 temples closely associated with the saint. Episodes relating to the number 1000 at temples has also been put up.”

For example, in one temple, the deity Vishnu worshipped lord Shiva with 1000 lotuses and Vijaya visualised that episode. Also, displayed were ‘pasurams’ and ‘padigams’ in two languages, Sanskrit and Tamil with an English translation.

Small communities are in celebration mode. At Jeevan Bhima Enclave at Rajasekaran Street, Mylapore, 64 families got together to set up a kolu and encouraged residents to present concerts every evening.

Residents of Ganesh Ram Apartments at Srinivasa Avenue Road, R. A. Puram too joined hands to design a Indian dances theme beside the kolu set up in the common space.

At Ramakrishna Mission Students’ Home, Mylapore, upanyasams and music-discourse-dance programmes were inaugurated on October 2 – the opening recital was by saxophone artiste Kadri Gopalnath and violinist A. Kanyakumari. A kolu was displayed in the auditorium. The youngsters here are at the centre of all festival activities.

The festival buzz is high at Sri Kapaleeswarar Temple, Mylapore. Unique kolam-based decorations and grand alankarams for the deity greet devotees. On October 2, goddess Karpagambal adorned the annavahanam alangaram. Navadanyams were used to arrange the kolam-like design
on that day (seen in the picture).

The kolu dolls bazaar on North Mada Street is still a busy space – some hawkers said they sold out the image of former India president, Dr. Abdul Kalam!

Last weekend, the street was packed with shoppers despite the muggy weather. These hawkers will remain here for some days. So, you can still check out the stalls.