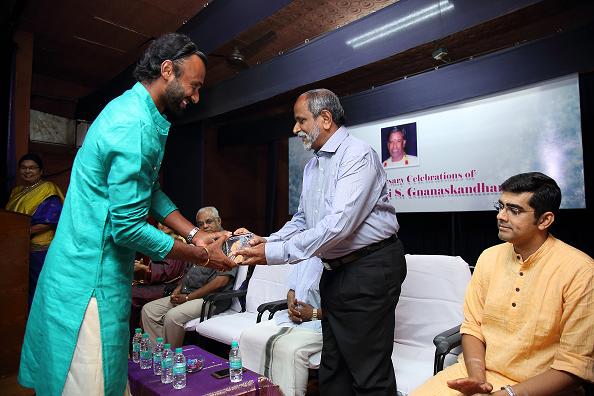 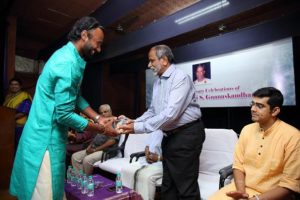 On May 4 evening, the mini hall at Narada Gana Sabha, Alwarpet was packed with rasikas and guests. It was a celebration to honour musician and guru Vaigal S. Gnanaskandan on his birth anniversary.

The chief guest was Mylapore MLA R. Nataraj and the guest of honour was N. V. Subramaniam, managing trustree, The Saraswathi Vaggeyakara Trust.

Vocalists Gayathri Girish and Sikkil Gurucharan were there too, to pay tributes to their guru.

Sikkil Gurucharan, who performed at the event, took small breaks from his renditions to share his experiences with his guru.