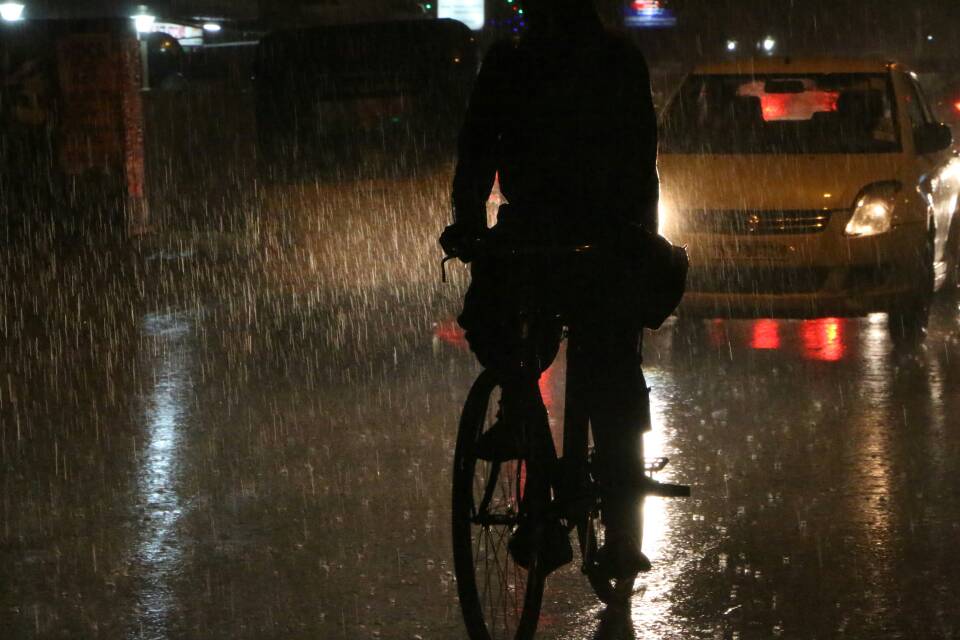 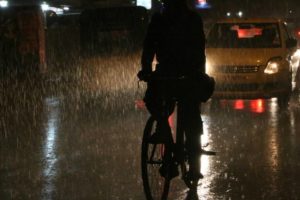 The drizzle that fell a little after 5 p.m. just wet the roads.

The second shower, that started more than an hour later, lasted longer and was preceded by winds, thunder and lightning.

Motorists who were caught unawares had taken shelter at the bus stand after parking their two-wheelers on the road. The vehicles, more than 50 of them, blocked the main road causing a traffic jam that lasted for about 20 minutes.

Once the rains stopped and the motorists sped away, the traffic cleared up.

The rains will continue all through the night, say weather bloggers.

Seen in the picture is the scene at Warren Road, Mylapore.