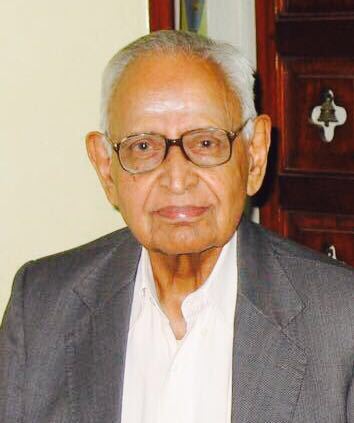 Dr. C. V. Ramasamy, popularly known as Dr CVR, passed away on Sep 11 at his residence in Kutchery Road Mylapore. He was 95 years old.

He did his college education at St. Joseph College, Trichy, and won the  Gold Medal for securing first rank in B.Sc. Chemistry. This facilitated his entry into the Madras Medical College for his M.B.B.S. with the ‘Dr. Ranga Chari Scholarship’.

After completing his studies, he joined the Tamil Nadu Government Service and served at different rural locations. He was practicing medicine at Cuddalore after his retirement.

Later on he moved to Mylapore and was an honorary doctor serving the poor at Sri Ramakrishna Mutt Hospital, Sai Baba Temple Clinic, Mylapore and Sringeri Mutt Dharma Vaidyasala till the age of 87. His services were recognized by one and all and he was honored with the Probus Award by the club . He also actively participated in the health camps conducted by St. John First Aid Group, The Hindu and Iyyappa Seva Samajam.

He is survived by his wife and four daughters. Contact his family at 24643774