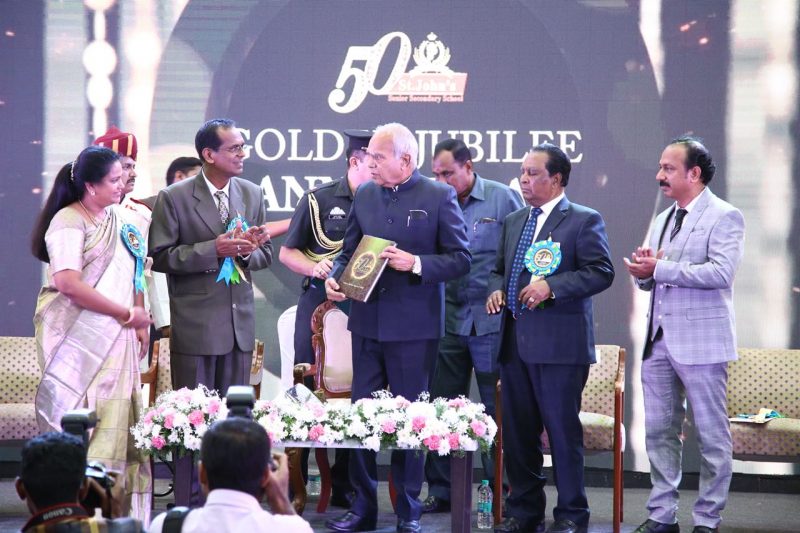 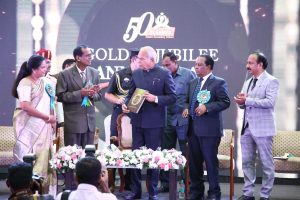 The Governor of Tamilnadu, Banwarilal Purohit presided over the event. He distributed the annual awards to the students. In his address, he insisted on inculcating moral values of education, character building and the need to participate in extra curricular activities.

The golden jubilee souvenir was released by K. A. Sengottaiyan, minister for school education, Tamilnadu. A special address was given by Prof. T. S. N. Sastry, vice-chancellor, The Tamilnadu Dr. Ambedkar University. The 50th annual report was presented by the school principal Nalini Wilson.

A cultural programme was presented by the students at the event. The gathering included several government officials, correspondents and principals of schools, alumni and parents.

The school was first established by Rev. Dr. G. Rajakumar and Sakunthala Rajakumar in 1968.