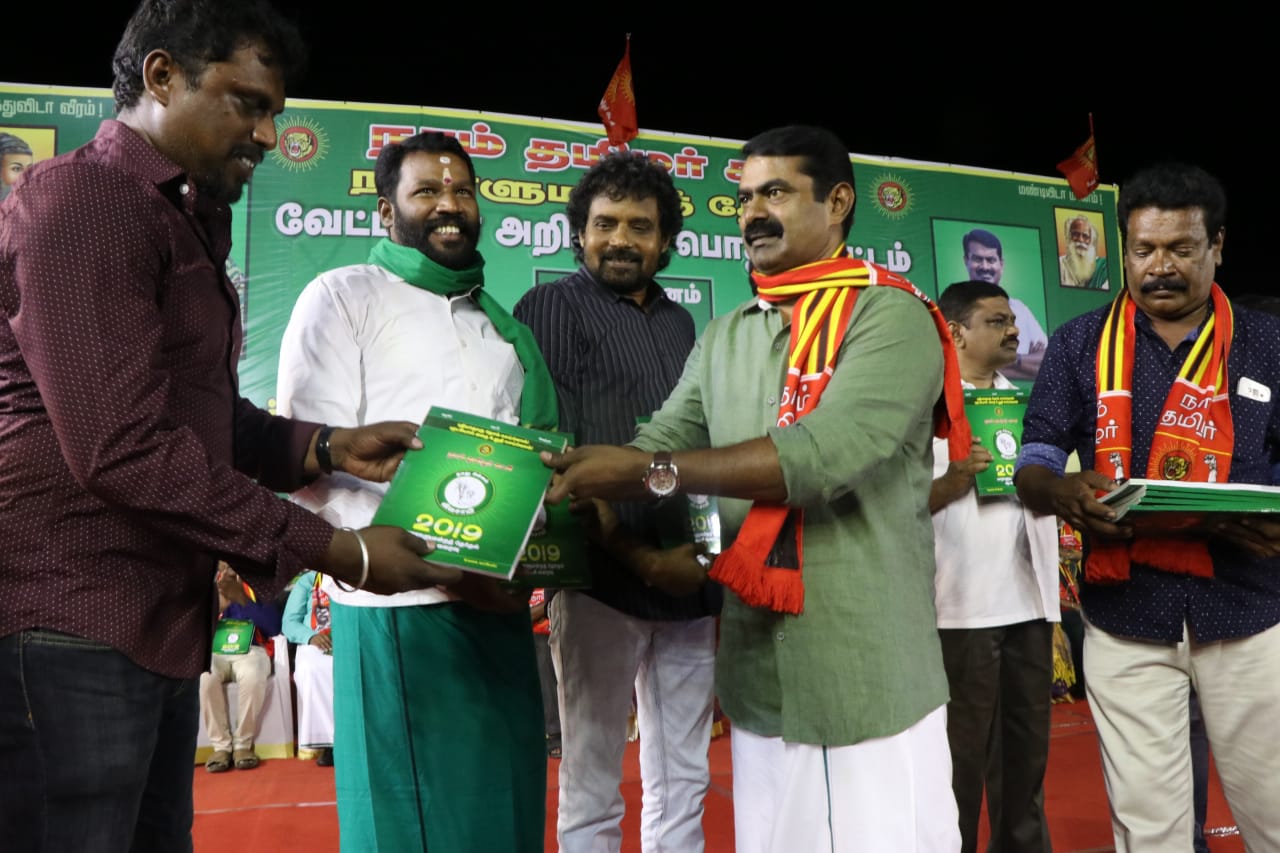 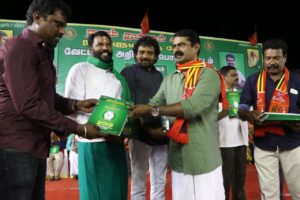 Naam Thamilar party whose leader is Seeman held a public meeting at Mangolai in Mylapore on Saturday evening, to make public its manifesto for the oncoming Lok sabha elections in which it has put up candidates in all constituencies in the state.

The candidates were also introduced to the party cadres and to the public.

Seeman was the lead speaker at this meeting held at the far end of North Mada Street.