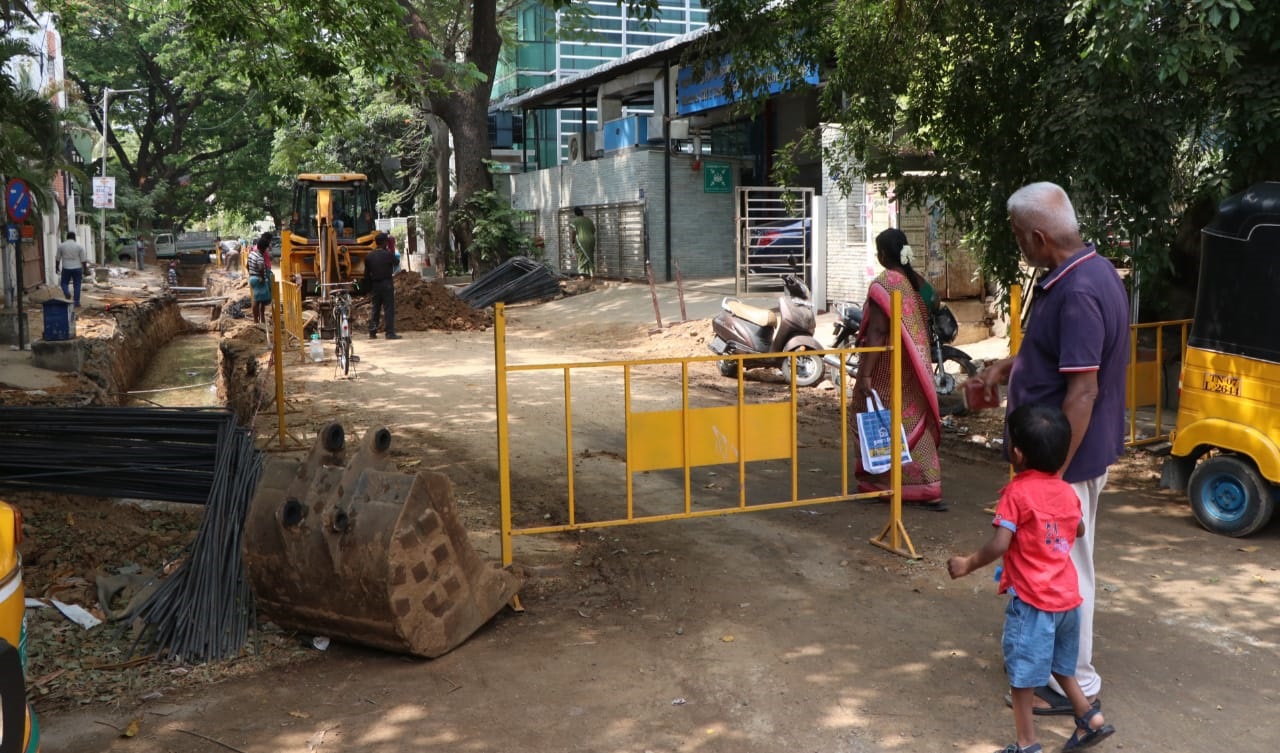 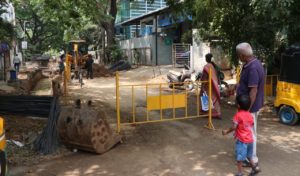 The area from Venkateswara Hospital till the Royal Thai Consulate at Chamiers Road was recently dug up by Metro Water authorities to lay pipelines. The work they say is done now.

A metro water official at Ward 122 says, “The old pipelines were broken and so we had to remove it and replace it with new pipelines. About four pipes were changed, each about 6 metres in length. The work was completed on March 27 and we have informed the corporation authorities about the status of the same”.

He continues, “The Corporation authorities have told us that the sectioning work on the road has been done. The tar will be laid soon. We have been assured that the restoration work will be completed by this weekend”.