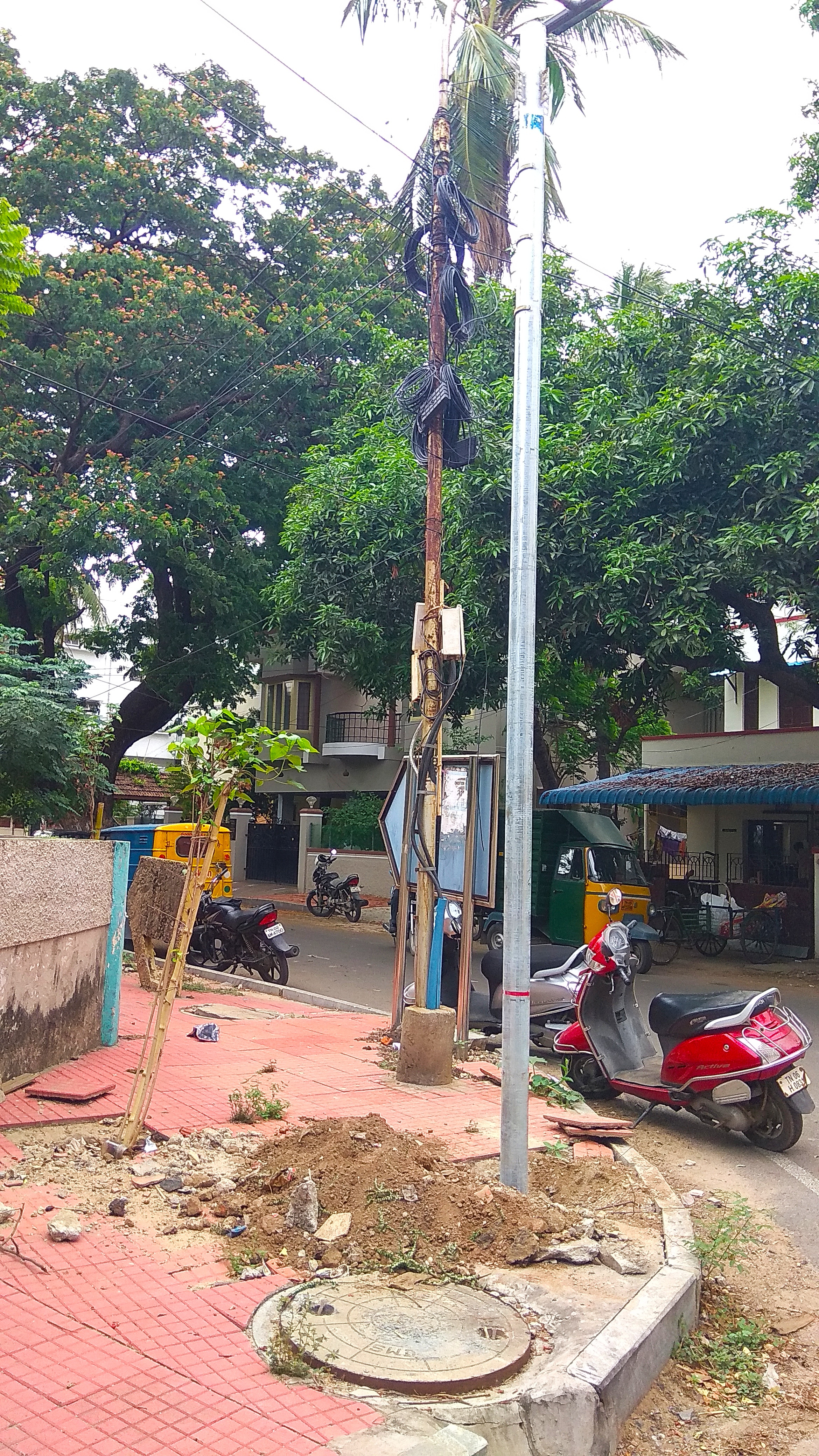 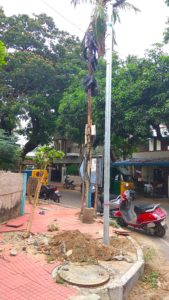 The past few days, a private Internet Service Provider (ISP) has been constructing utility poles for its own usage at CIT Colony, Mylapore.

On August 1, Mylapore policemen were seen questioning the network engineers of the ISP. Pandian, a police officer said, “We arrived here after we got complaints from the residents regarding the construction of the poles. It is not clear if the ISP has taken permission from the Chennai Corporation to carry out this process.”

The network engineers seem to have told police that they have got the permission and said they would show the copy of the permission letter to the police soon.

The ISP’s contractor is erecting a pole near every lamp post in and around CIT Colony 5th Cross Street. Says Ramesh, a network engineer of the organization, “Since a number of cable operators and ISPs fix their cables on the lamp posts, it becomes difficult for us to rectify a fault in our cable. Many a time we end up damaging other cables. We want to use our own poles for fixing the cables.”

“Once the poles are fixed, we would use only a single cable for multiple connections. It will also reduce the confusion due to multiple clusters of cable at the lamp post,” he added.

Some residents though were concerned as the tiles on the pavement of this street which was dug up for erecting a pole were not closed properly (shown in photo).”It might injure kids or seniors walking in that space. Also, at one place some cable wires are left hanging in the dug up pavement area,” says Shyla, a resident.