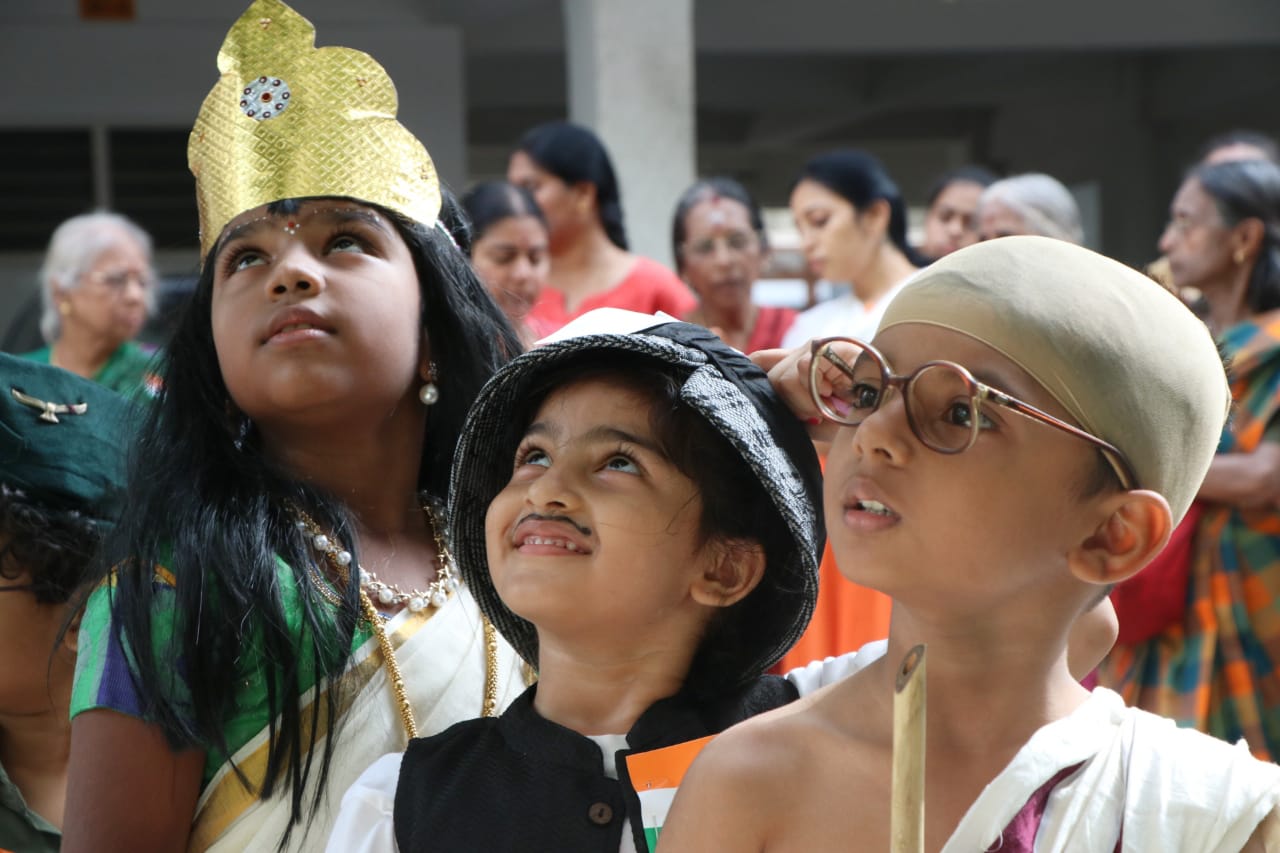 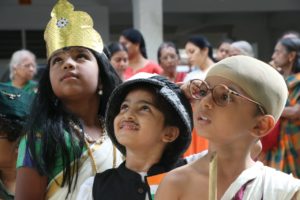 The Independence Day celebrations across the Mylapore neighbourhood seemed low profile and few and far.

A speech could be heard on the audio system from the campus of Rani Meyyammai Girls School at about 10 a.m., a late start but held nevertheless.

But there were some early events too – like the one a NGO called Thuvakkam held at Nageswara Rao Park in Luz; besides hoisting the tri-colour it also unveiled its rainwater harvesting campaign.

Down in Rama Rao Road close by residents C S Baskar and Poornima Ashok unfurled the national flag and kids got little gifts. While at Ragamalika Apartments in Mandaveli, some children dressed up in costumes of men and women who led India’s freedom movement while elders sang and led the formalities.

Events were also held in churches – after the Mass dedicated to the feast of the Assumption of Mary at Luz church, the national flag was unveiled.

Traffic on the Marina was diverted for those who headed north for the I-Day state event held at Fort St George.

4 Comments on “Independence Day events few and far across Mylapore”