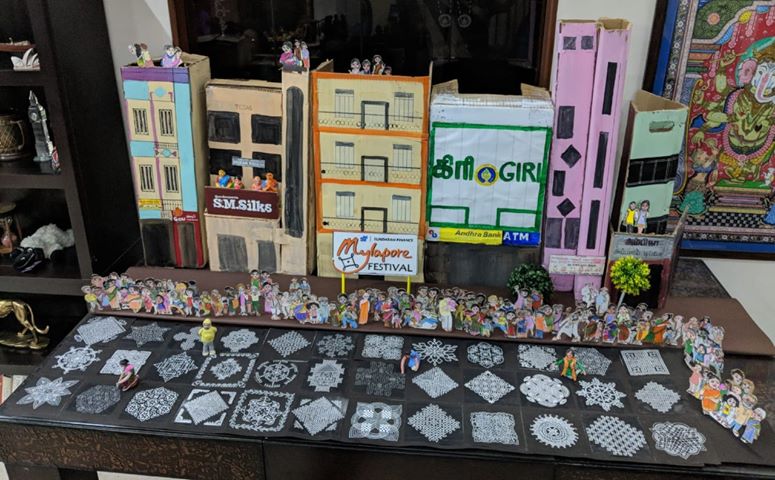 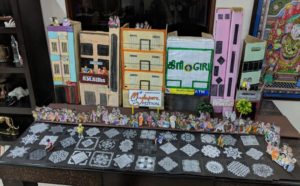 Navaratri is a time for creative challenges for some people. They devote hours and hours over a month to design and plan and create images for their kolu themes that fringe the main traditional kolu.

This year, Ramya Mani chose to recreate the well-known Kolam Contest of the Sundaram Finance supported Mylapore Festival which is held every January on the eve of Pongal.

Ramya spent hours moulding some three dozen people, some drawing the kolams on mada street, some atop buildings on the road and many lining up the streetside to watch the kolams – this was a tiresome and challenging job.

She then laid out the street, drew a variety of very small kolams on it ( she got a few printed when time ran out) and erected the facades of the main buildings like S M Silks and Giri alongside to lend the scene much autheticity.

This setting was spread over a 6 ft by 4 ft area, the size of a dining table.

One Comment on “Kolam contest of Mylapore Festival is Ramya Mani’s kolu theme, gets lots of appreciation for handwork”