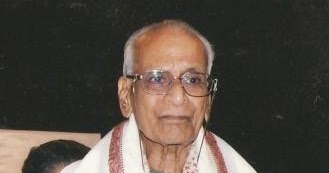 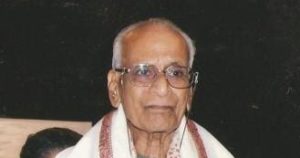 Wellknown Indian broadcaster P. V. Krishnamurthy, a resident of R. A. Puram passed away on Oct.16. He was 98 years old.

PVK, as friends and Doordarshan colleagues called him, was seen as a titan of India’s Doordarshan network – he rose from the ranks of a programme executive to become DD’s first Director General. And while at DD’s various offices in the country, he not only launched some well-remembered programmes for TV but was also responsible for giving a break to artistes who went on to be top rankers later.

In key positions when Doordarshan was growing, Krishnamurthy was also witness to some landmark developments in India.

During his time at DD, Indira Gandhi assigned him the task of setting up SITE – Sattelite Instructional TV Experiment – which would beam educational programmes to India’s outback regions. Krishnamurthy worked tirelessly to get SITE going and it is still regarded as a great TV initiative.

He was a busybee and a well-trained Carnatic musician. He travelled across the country setting up new DD stations, equipping them and arranging for training for staff.

PVK had to flee Rangoon, Burma where he was born at the height of the World War II and in India, first worked for All India Radio. It was at the Cuttack AIR office that he chanced on the talent of a man who became India’s famed flutist and gave him studio assignments – Hariprasad Chaurasia.

After his retirement, PVK was a UNICEF consultant for some years.

He led a quiet life at his R. A. Puram apartment but for those who dropped in to visit him, he was still the bubbling racounter and witty conversationalist, at ease with seniors as well as youths.

He is survived by two sons.