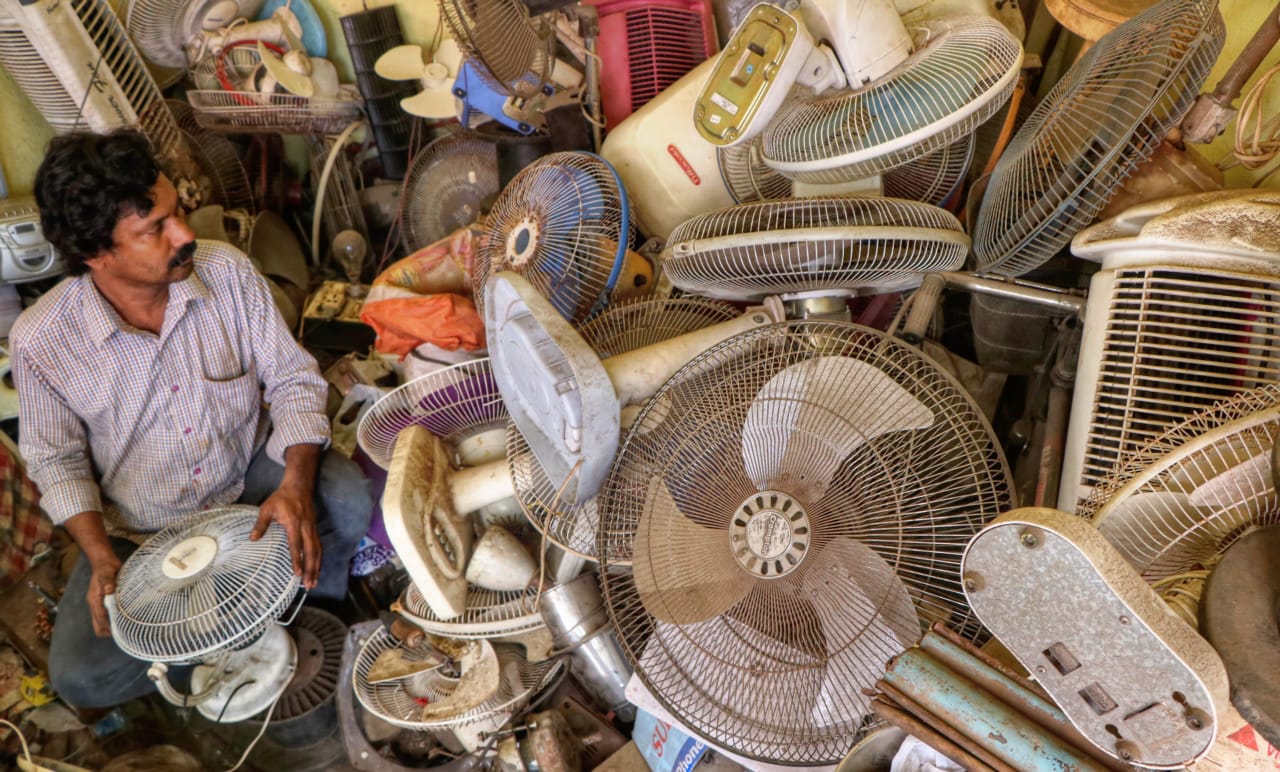 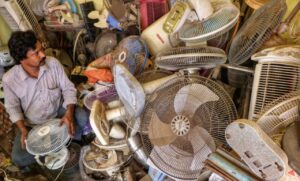 “After the floods in 2015, this is the first time in over 10 years, that I have got so many appliances for repair in one go,” says A.M Rahamudullah, sitting at his small shop, amidst piles of defective table fans and bore well motors.

The 30-something old has been running B.R. Electricals, an electrical appliances repair shop at Appu Street, Mylapore for 12 years now.

And in the past few weeks, he has received dozens of appliances – including fans, and bore-well motors for repair.

Says Rahamudullah “Following lockdown, as all shops were closed, people were unable to get their electrical items repaired. So, since we re-opened, all are thronging here to service their appliances.”

Rahamudullah says that at many houses, the fans had become defective. “This is because people were mostly homebound during the lockdown and hence the fans were running continuously for 24 hours. Me and three of my employees are now working through the day to repair them.”

Having had no business in March, Rahamudulla feels he will be able to recover his losses now. But he says that his current earnings are barely enough for his expenses.

He says, “After the lockdown, to run my family and manage my expenses, I took loans from money lenders. Now, though business is reviving, the money I get is hardly enough to pay rent for my shop and house, which together comes to Rs 14,000 and buy daily bread for my family.”

I’m not able to pay electricity bills, salaries for employees and re-pay loan amount, he says.

Rahamudullah stays closeby to his shop on Appu Street. And has elderly parents, wife and a girl child to take care. “With so many commitments, I don’t know, how I will manage a living if the lockdowns keep extending.”

His shop carries out repair of all electrical appliances and plumbing work too. Staff also make house visits to carry out repairs.
At 60,71, Appu Street, Mylapore. Open from 10 am to 7 pm on all days except Sundays. Ph: 9952900459