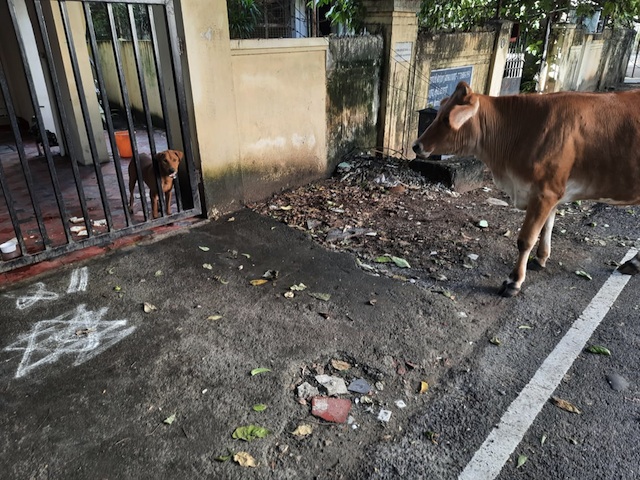 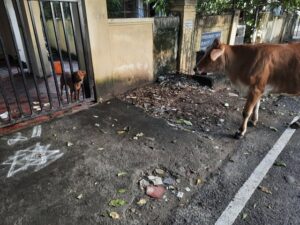 The nights are chill of late and and one street dog has found a warm resting place of his own – on the terrace of an office in Abiramapuram. A place to himself.

But this past week, the dog found that it had been locked up on a few days and his freedom had been curtailed. And it did all it could to get some attention and it did, finally.

This drama unfolded on Abiramapuram 4th Street.
Every morning, the dog enters the office premises once the gates are opened and stays on the terrace through the day. So far so good.
However, over the last  few days, office staff have been locking the main gate not knowing that the dog was still cosy on the terrace.
This happened over a few days. One morning, the dog, realising it had been trapped inside, barked intermittently while standing at the locked gate. But there was no way the animal could be set free till the office staff arrived for the day.
The dog refused to partake of biscuits people residing next door offered it. A  cow passing by on this street was moved by the dog’s plight got closer to the dog and peered at it.
This Sunday morning, the office personnel were alerted to the dog’s fate and one of them came by and released the dog. Obviously, the street is its real space.
– Report and photo by S. Prabhu