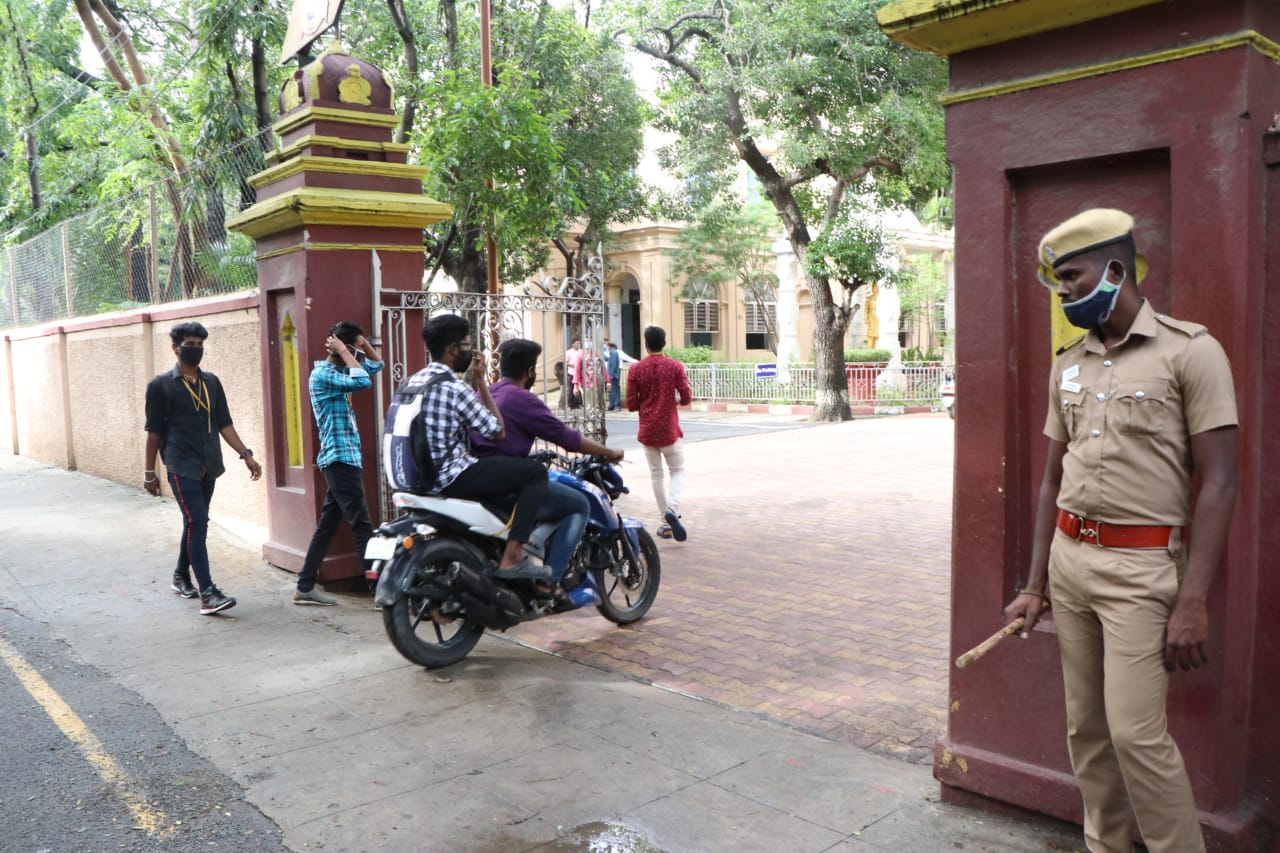 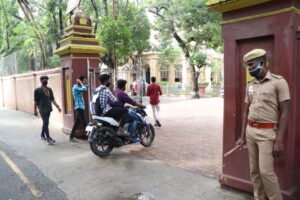 Now, they have begun holding semester exams for UG students.

On Monday (Dec.7), Vivekananda College, at P.S. Sivaswamy Salai, Mylapore was buzzing with activity as second year and third year UG students were dropping in here to attend their semester exams.

While most of them were seen wearing masks, local police were also stationed at the college gate to avoid crowding.

Queen Mary’s College (QMC), at Dr. Radhakrishnan Salai, Mylapore too has started holding semester exams for its UG students. However, to avoid virus spread the college is holding the exams online.

Said Uma Maheshwari, principal of QMC, “Online semester exams are going on for second and third year UG students. Students are attending the exams from their homes.”

She says that classes would begin for the UG courses from Dec. 14.