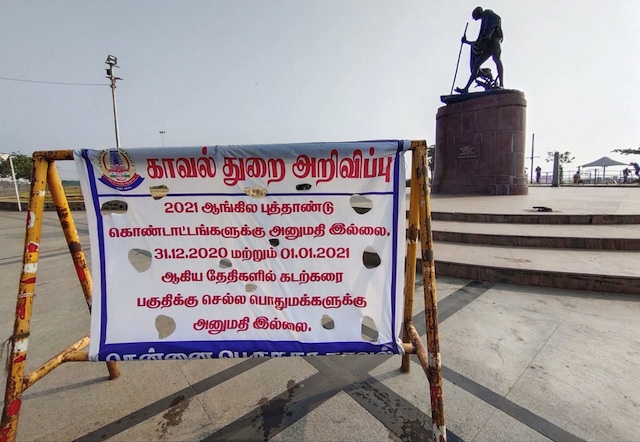 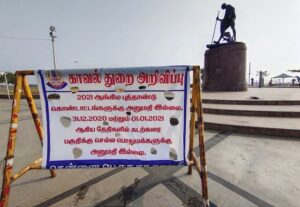 The police have put up flex banners on barricades along the pavement of the Marina alerting people to the order that people will not be allowed to visit or gather on the roads off the beach for New Year celebrations.

Every year, thousands of people, mostly youth head to the traffic sugnals junction opposite Gandhi statue on the Marina to celebrate the breaking of the new year. Traffic is diverted and police regulate this crowd on New Year’s eve.

This time around, due to the pandemic condition, this gathering has been banned.