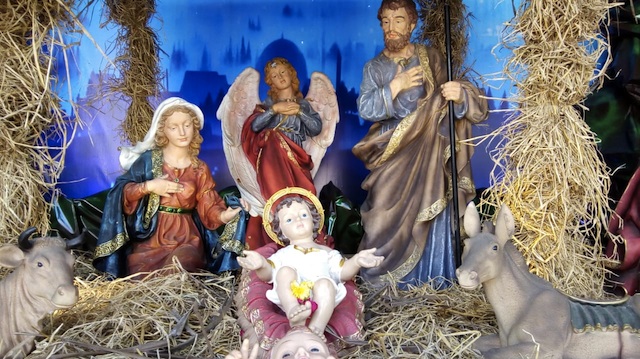 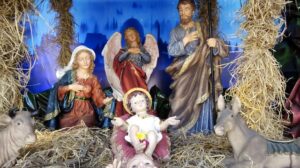 The Christmas services at Our Lady of Guidance Church in R. A. Puram, also known as Lazarus Church was subdued this year in keeping with the pandemic regulations.
The inter-parish carol competition that used to be held every year was cancelled.
The traditional midnight Mass was skipped. Instead, there were two Masses on the eve of Christmas. While the Mass at 6.15 p.m was in English, the Mass at 8 p.m was in Tamil.
On Christmas day there were 4 Masses in the morning. Christmas carols  were sung before each Mass.
The church was beautifully decorated and illuminated. A beautiful crib was put up in the church campus. There were  LED screens put up in the parish hall adjoining the church and inside the church compound so that people seated on the campus could watch the Mass going on inside the church.
The outdoor seating was an extra precaution taken to adhere with the pandemic time regulations to prevent crowding inside the church.
– Report by Juliana Sridhar