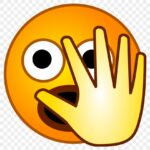 Two crimes have been reported from Mylapore zone over the past few days.

The latest took place on Saturday. An elderly maid walking down Royapettah High Road was stopped by a man, convinced to hop across to a nearby apartment campus, promised mew gold rings in place of her old ones and duped by the conman.

Her son has filed a complaint at the Mylapore police station.

Earlier, two women on a bike who were returning from a social function were tripped by bike-borne men near the Mandaveli MTC bus depot; the men snatched the gold chain of one of the women and made off, leaving the victim bruised. She had to be rushed to hospital to be treated.

Pattinapakkam police are handling this case.