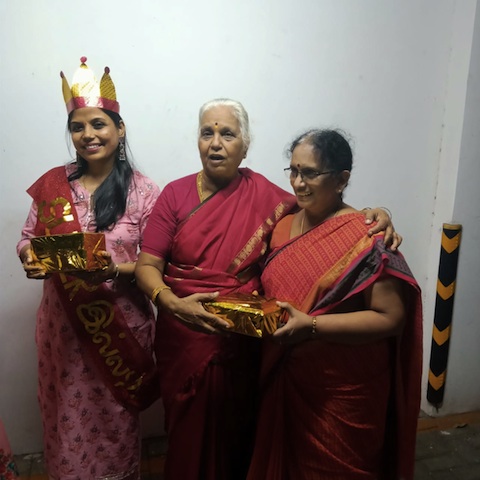 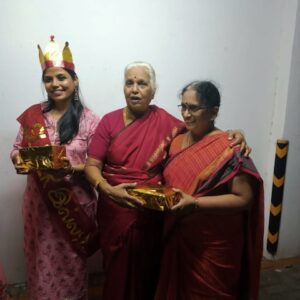 Women’s Day lit up Ragamalika Apartments in Mandaveli on Sunday evening.
.Senior citizens performed kollattam, a women’s group performed dances, staged a skit, hosted Naiyandi Darbar and provided some music via the Anthakshari.
All the performers were given medals for their best performance. And carry-home snacks and sweets were given.
Women exhibited their talents in various simple tasks while competing for the Thirumathi Illatharasi title – it was awarded to Mala Agarwal; Sri Latha bagged the runner-up  prize.
– Report by Kalyani Muralidharan