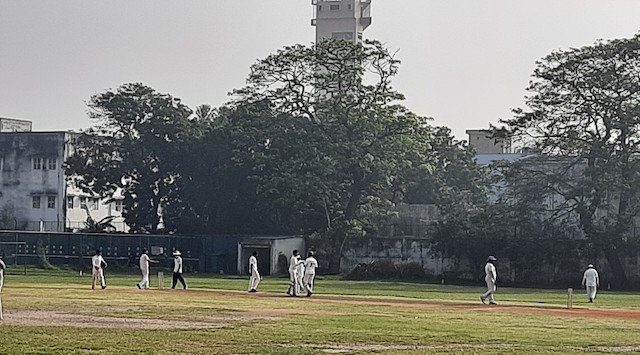 This typically attracts 300  children, easily the biggest in the Mylapore area.

This year though, the camp has been called off – due to the pandemic condition.

This is an important grooming ground for them and the young kids starting age five, learn the basics of cricket at this camp. In addition to coaching sessions at the nets, the annual camp also includes matches among the camp’s wards played at the St Bedes A and B grounds.

Head coach C K Vijayakumar, who has been managing the camp for many years, told  Mylapore Times that he had begun receiving calls from the parents in early March on the likelihood of the camp this year .

“At that time, we had wanted to adopt a wait and watch approach to see how the COVID scenario unfolded. We had hoped to start the camp on April 14. But with the worsening scenario, we have decided to call it off for this year,” he said.

Many children are disappointed, for they were looking forward to the summer coaching especially after cricket activities resumed in the city at the end of December last year following easing of restrictions.