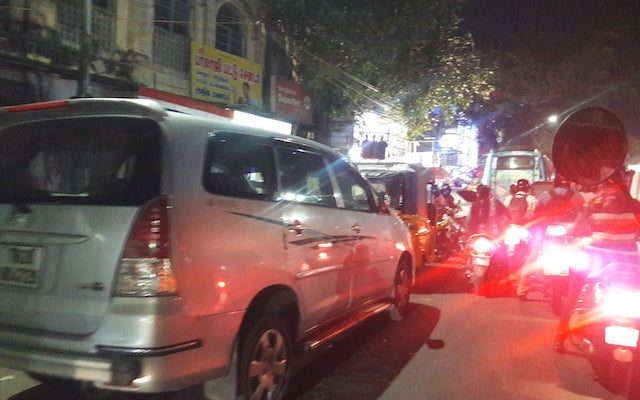 Mangollai at the far end of North Mada Street has lost the charm that many political parties had for it,  especially at election time.

Only a few public meetings have been held this far.

On Friday evening though, the Bahujan Samaj Party (BSP) hosted a meeting; the whole area was festooned with lights, there were more cars than people.

But since police presence was thin, traffic movement went for a toss and even a regular temple procession had to take a short route bypassing the meeting venue.

Only the AIADMK and Kamalhassan’s MNM party have held large meets here some weeks ago.