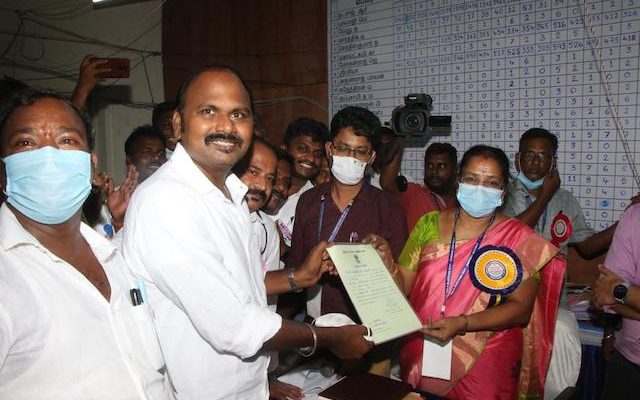 Towards 9 p.m., almost after 11 hours of slow and steady counting of votes, Velu, this foremer local area civic councillor was formally declared as the winner and received the certificate from the woman officer at the desk inside Anna University where the counting had taken place.

Though the race between him and the AIADMK’s R. Nataraj, a sitting MLA was close in the first half of the counting, Velu’s tally gradually increased steadily and climbed up, taking a lead of over 10,000 votes. ( 12,453 was the final margin of win)

By 6 p.m. Nataraj who sensed the trend moved away from the scene leaving Veu and his small group of partymen to celebrate lightly and then go home.

Dha Velu / DMK – 67919  votes
R Nataraj / AIADMK – 55466 votes
Sripriya of Makkal Needhi Maiam with over 14,000 votes and Mahalakshmi of NTK party with over 10,000 votes made some impact and seem to have eaten into the votes of the top two contenders. 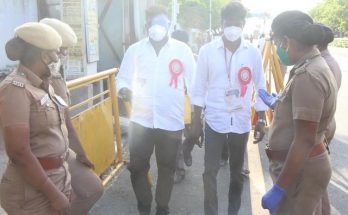