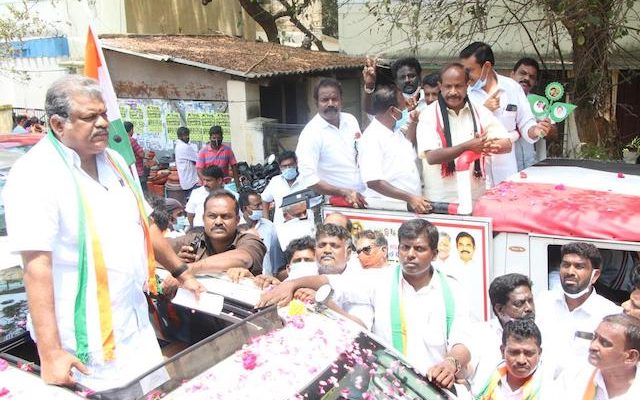 Sunday witnessed the final burst of campaigning in the area.

TMC party leader G. K. Vasan’s caravan rolled into Mylapore and at a pitsop made in Venkatesa Agraharam in Mylapore he spoke on the fitted audio system with many cadres bearing party flags roaring in approval to what he said in support of his party’s ally,  the AIADMK.

The AIADMK candidate for Mylapore, R Nataraj accompanied him in his own vehicle.

Holding up a brick with the marking ‘AIIMS’, to criticise the central and state government’s tardy response to setting up promised institutions, Stalin let an interactive style of campaigning.

Alongside him in the caravan was the DMK candidate for Mylapore, Dha. Velu.