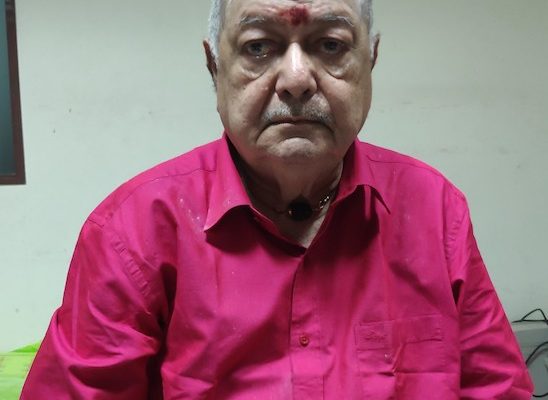 He had been unwell for a while. Till the very end he moved around with a small note, pen and a dictionary in his hand.

His monograph on the bibliography of Saiva Siddhanta works is indispensable for any researcher of Saivism.

He conducted weekly classes in Periya Puranam and Saiva Siddhanta and participated in several conferences at national and international levels. He was the Honorary Director of International Institute of Saiva Siddhanta, Dharmapuram.

He started the Saint Sekkizhar School of Saiva Siddhanta, a Trust for publishing rare and research works and was a member of the committee for the revision of the University of Madras Tamil Lexicon.

Popularly known as TNR, he had his early education at Srinivasa Rao High School, Tiruvaiyaru and graduated in commerce at St. Joseph’s College, Trichy. He later attended the Madras Law College, where he completed bachelor’s degree in law.

He told this writer in January last year that he gave up lucrative career opportunities in Madras and returned to Thanjavur in 1956 at the age of 22 as his mind was focused on promoting the literature of Tamil and English with his prime interest in the works of Sekkizhar and Saiva Siddhanta.

TNR translated most of the Thevaram verses into English. For a large part, he spent his funds to publish books for the welfare of the society so people could read and understand the contribution of the great saint poets.

As he was a perfectionist and one who believed in perseverance, he never rushed to publish. He engaged in long years of meticulous planning and painstaking search for source materials.

During the famous 1980 Kumbabhisekam celebrations at the Big Temple, Thanjavur TNR presented, to a big audience, lectures on Saiva Siddhantha Sastras inside the temple complex.

In 1982, TN Government honoured him with Bharati Centenary Celebrations Award recognizing his translations of Bharathi’s works.

A year later, the state presented him with the Best Translator award. In 2001, he was presented the Degree of Doctor of Letters (Honoris Causa) by the University of Jaffna, Sri Lanka.

The Mutts too recognized his contributions to the literary world. Dharmapuram Aadheenam crowned him with ‘Saiva Siddhanta Kalanithi’ award while Kanchi Sankara Mutt presented a Gold Medal in 2004. That same year, Thiru Vavaduthurai Mutt presented him with the “Siddhanta Saiva Semmani” award.

Temple activist and president of the Temple Worshippers Society T R Ramesh credits his father’s motivation as the reason for him to fight the case for the Chidambaram Deekshithars “He was the real reason I made the foray into temple activism when Chidambaram Temple was taken over. As a lawyer, he taught me the basics of fundamental Constitutional religious rights. He told me to give my best when fighting cases for temples. But he cautioned me never to compromise on them because the deity, His temple, His endowments / interests are never to be compromised or diluted.”

Ramachandran was the first to translate nearly 4300 stanzas of Periya Puranam into English. He has many other firsts to his credit.

He published over a 100 articles and authored over 25 books in addition to penning forewords for several books.

He told this writer in January 2020 in a long conversation “You should be sincere to yourself. There should be no pretension. You should not go after fame or name and should not fall for it. Our need for humility is infinite”.