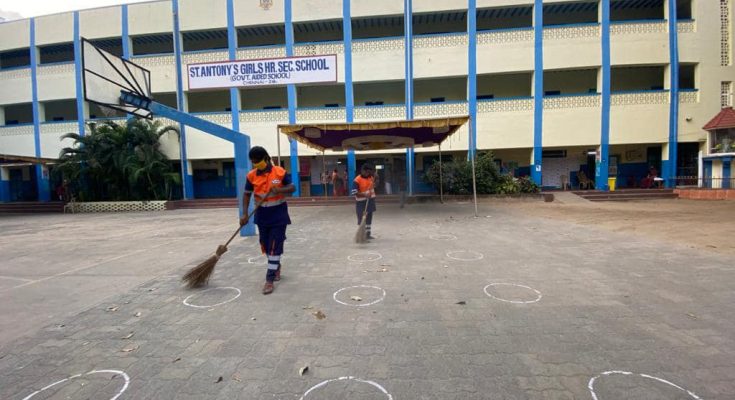 If there was one messy campus on polling day then it had to be San Thome Hr Sec. School in San Thome. This going by a few accounts of voters and others who visited the place on Tuesday.

This campus had many booths, catering to a cross section of people residing in this zone. It was abuzz through the day.

For one, a social worker who was present from noon here says that since the morning the buzz went around one kuppam close by that a certain party team was rewarding those who would be on its side and this had caused skirmishes which spilled outside the school gate.

Also, plastic gloves and paper given to voters were strewn all over instead of being dumped in bins that the EC staff had placed in many places.

A group of adult mentally-ill men who used to reside in San Thome and had got their Voter Cards based on this address ( they have now moved to a home in T. Nagar) were escorted by social workers and at least ten of them after some cross checks and delays cast their ballot.