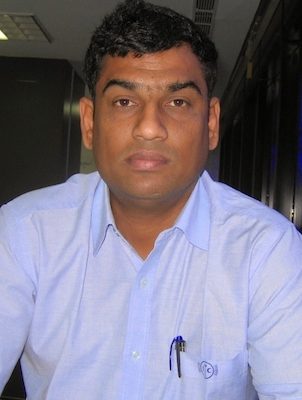 Tamil Nadu’s one-time cricket’s run machine in the 1990s and the first TN cricketer to play 100 Ranji matches, 48 year old S Sharath has been appointed the chairman of the national junior selection committee of the BCCI.
He had previously served as the chairman of the TN cricket team selection committee and is currently a match referee of the BCCI.
This is the first time he is receiving national recognition in cricket.
Talking to Mylapore Times from the Guru Nanak College ground where he was watching the VAP cricket tourney match, Sharath said that he was delighted to be bestowed with the responsibility for the first time at the national level. He said that it was a two year engagement and that he would give his best over the next couple of years.
Playing days marred by road accident
Shortly after his success in the under-19 Tests in the early 1990s, he made his Ranji debut and had a solid first year for TN. And then all of a sudden on the evening of Dec 7, 1993, his cricketing life was pushed back by a major road accident.
After having missed the entire Ranji season in 1993-’94, he returned to the Ranji team and was never dropped in his career – for runs flowed from his bat the following decade as he went on to become the first cricketer from Tamil Nadu to play 100 Ranji matches topping 8000 runs.
He was one of the most consistent batsmen for the state but his strong match-winning performances in the Ranji, Duleep and Deodhar Trophy were not enough to break into the India team in the 1990s.
Throughout his 15-year cricketing career, he placed a high value on his wicket. A majority of his big knocks were played under pressure when the team had lost early wickets. With his consistency, he created a ‘presence’ for himself in the team with the opponents always wanting to get his wicket. A match was never safe for the opposition till the time Sharath was there in the middle.
Sharath has been a resident of Karaneeswarar Koil Street, Mylapore from childhood.
– Report by S. Prabhu