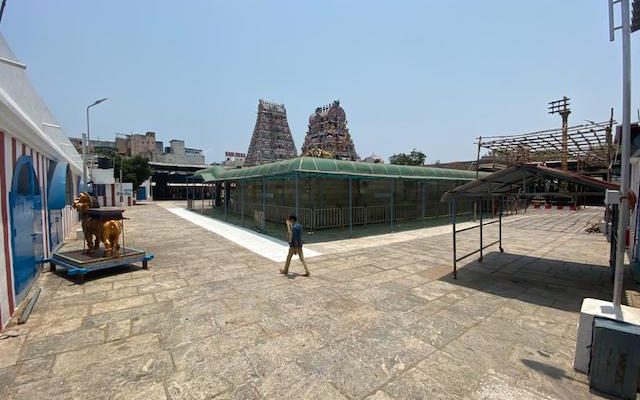 Sri Kapaleeswarar Temple is in the news once again for the wrong reason, the second time in few months.

Last quarter, the HR&CE Department had announced the demolition of the huge space it owns around the agraharam around it to build a multi storied complex comprising of Kalyana Mandapam, car parking and rooms

This had been objected to by the architectural experts, the residents and the temple activists ( https://www.mylaporetimes.com/2021/08/re-developing-sri-kapali-temple-zone-architects-advise-state-to-respect-heritage-discuss-with-professionals/).

Now, the department has launched  a self financing college with the surplus funds from Sri Kapaleeswarar Temple. A big banner was put up through the whole of the last fortnight inside the temple calling for applications from students for the various courses.

Already, the ‘Hindus alone can apply’ stipulation as far as recruitment of teaching and non teaching staff has become a big issue and is now in court.

So, what about the issue of using a temple’s funds for such a project?

What the HR & CE Act says

This is what people in the know are saying –

While Section 36 of the HR & CE Act specifies the use of the surplus funds of a temple, Section 66(1) mentions the Dharmic purposes for which the funds can be utilised.

As per the Section, the Joint Commissioner may direct the endowments of the temple to be used for the establishment and maintenance of a university or college in which special provision is made for the study of Hindu religion, philosophy or Sastras or for imparting instruction in Hindu temple architecture.

The president of the Temple Worshippers Society T R Ramesh says that the surplus temple funds can only be used for educational purposes involving the teaching of Vedas, Thevaram Verses, Divya Prabhandham and the like and not for courses like B.Com, BBA that do not have any religious content.

Even so, only the trustees of the temple can propose to start an educational institution and not the government using the temple funds, says Ramesh.

There are many anomalies in this process., he points out.

Sri Kapali Temple does not have land in Kolathur, there are been exemptions given in this case like for example Fire Service exemption for structural stability on the premise that this is being built on temple land.

Even so an application made before October will only be eligible for affiliation for the next academic year.

Clearly, activists like Ramesh point to the many anomalies in the setting up of a college using Sri Kapali Temple funds 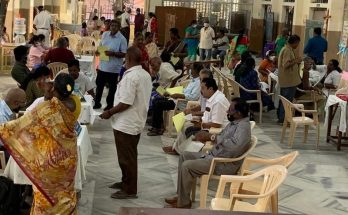