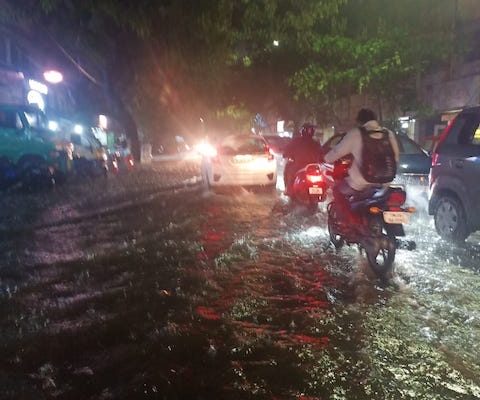 The rain that started and has continued through on Thursday has come as a surprise. And going by private weather forecaster Pradeep John, Mylapore zone has already received a record 200mm of rain.

That is a huge amount of rain across some 6 hours.

As dusk fell, many a road and street was flooded.

Across the Mylapore zone, it began to rain lightly towards noon and then turned into a steady rainfall and there has not been any let-up till dusk. And now, floodwater is seen rolling down many a street and road – across Mylapore and Alwarpet and Mandaveli.

A resident near Billroth Hospital said the volume of water flowing down the main road is huge. “It is flowing slowly but is is huge,” he said at 6 p.m.

TTK Road has also carried swathes of water, slowing down traffic. Similar were scenes on C P Ramaswamy Road beyond. 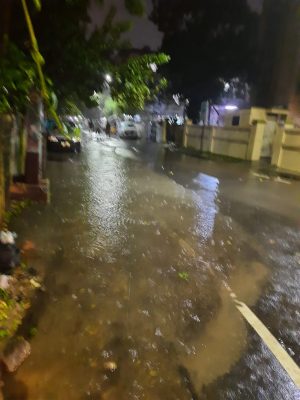 There was no indication of rainfall this weekend from weather forecasters.

The night temperature hovers around 22/23 degrees.