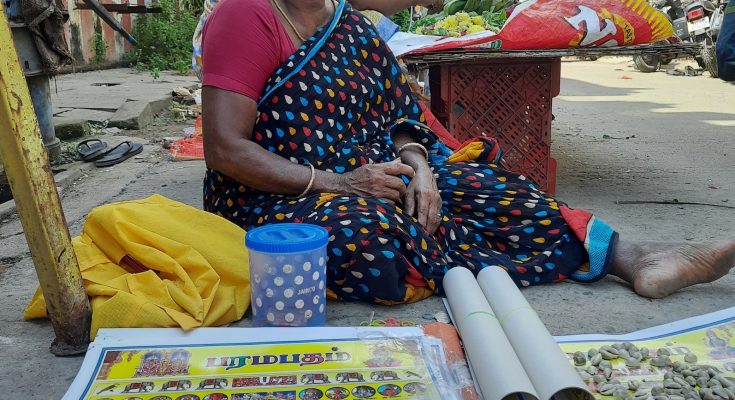 Making one’s way through the Paramapada Vaasal on the Vaikunta Ekadasi day is sacred for it is considered  to be the ‘gateway to heaven’.

While people made their way to temples even before the dawn of this Thursday, one woman was getting to a Mylapore temple to sell something very traditional that links up with this religious festival.

For close to a decade, Rajakumari has made her way early in the morning from her tenement in San Thome to the entrance of Sri Vedantha Desikar Srinivasa Perumal temple to sell ‘Paramapadam’, the popular game from the century gone by.

So why make it a point to sell this game-sheet on this chill morning?

Some people at the temple for the festival, after crossing the Paramapada Vaasal at the Srinivasa Perumal Temple make it a point to buy ‘Paramapadam’ and play the game at home.

71-year-old Mylaporean Vathsala says that till recently, it was a tradition to observe fasting and stay awake in devotion but they would also play ‘Paramapadam’ to keep tired eyes wide open.

And the next day, people would have an early morning bath and break the fast by having Dwadasi Thaligai.

“I used to play Paramapadam with my family members on Vaikunta Ekadasi day throughout my childhood Those who won the game would jokingly remark that they had been accepted by God for moksham,” said Vathsala.

Rajakumari though would be here all day.

Rajakumari said that this morning, she had stocked 150 Paramapadam game-sheets as well as lots of shells and dhaaya kattai sets.

“I will be here till 9 p.m. and expect to sell the entire bunch of Paramapadam sets,” she said. 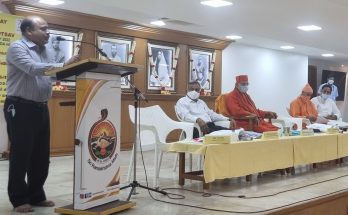