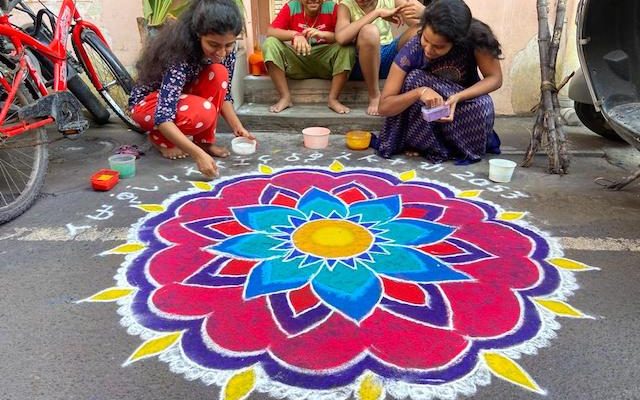 The surprise rain at dawn this morning washed out the plans of all those who had planned to design large kolams or rangolis at their doorstep for the celebration of the Pongal festival this Friday morning.

We drove through the inner streets of the heart of Mylapore after the rain stopped and could see only large pools of water and a few kolams washed away, probably drawn the previous night. 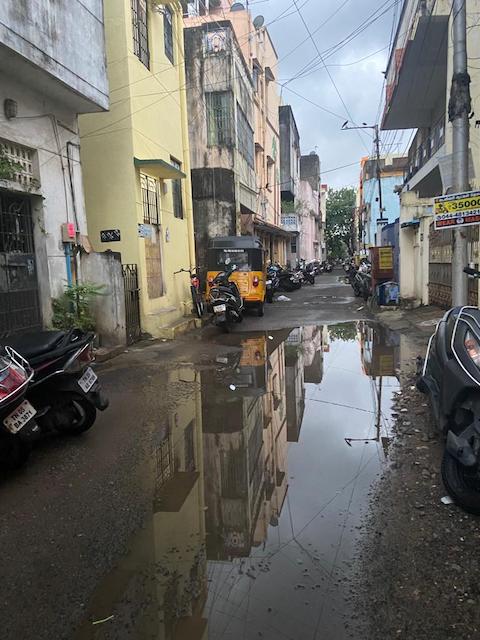 As the sun came out, a few women stepped out to draw a small kolam. But in some apartments, those who enjoy drawing kolams did not in the safe confines.

But the rain was a blessing – it had cleared street spaces for women to draw colourful rangolis. And as we walked into Chidambaraswamy Koil 2nd Street, that runs off opposite the Sri Anjaneya Temple on Royapettah High Road in Mylapore, there were a row of small rangolis and kolams and a few large rangolis. 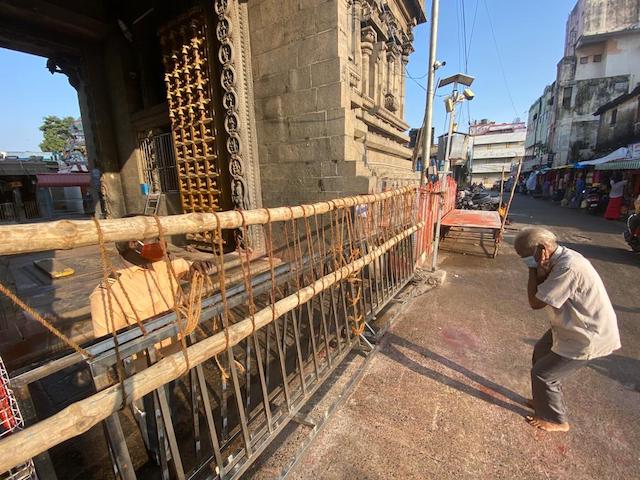 Almost all shops are shut for the holiday and vehicular movement was limited.

And since all places of prayer are closed for the weekend, a few people stopped at the gates, said a prayer and moved on. (The 3rd photo was shot at the gate of Sri Kapali Temple this morning.)

One Comment on “Surprise rain on Pongal morning. Rangolis greet people in inner streets of Mylapore”