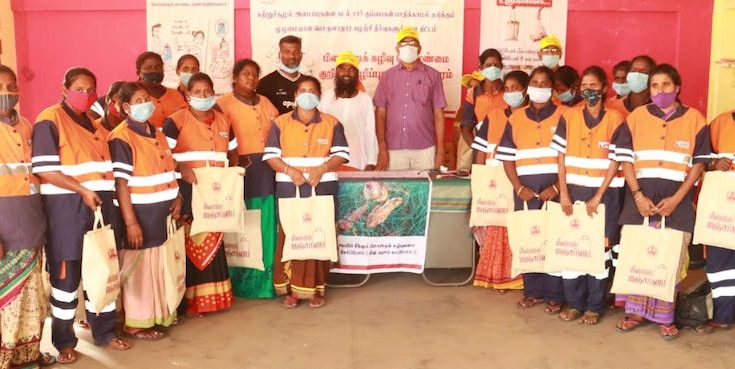 A Nagapattinam-based NGO conducted an awareness campaign in Srinivasapuram this week, asking people not to use low grade plastic, turn to using cloth bags while shopping and on climate change issues.

Avvai Village Welfare Society has undertaken this project funded by a German firm, said Ravikumar, the NGO’s project manager. “We work in a few districts and chose to drive this campaign in three areas of the city.”

In Srinivasapuram, the seaside colony in Pattinapakkam, while some 200 women, including Urbaser Sumeet workers were given large cloth bags, 50 children, boys and girls who attend a football coaching camp  held in this area, were given T-shirts with the legend – ‘Say No To Plastics’.