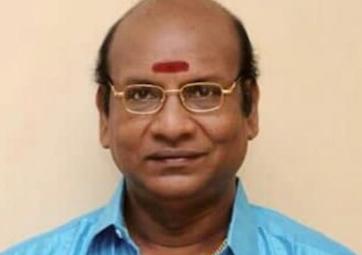 Well-known Bharatanatyam guru Thanjai A Hemnath passed away on Thursday.

Mylapore was his home for many decades before he moved out to the south suburbs.

The eldest son of ‘Kalaimamani’ Thanjai M. Arunachalam Pillai, Hemnath was a busy teacher. He continued training students in Bharathanatyam through Shanmugananda Bharathanatya Palli which was founded by his father.

He was a resident of Mylapore for 40 yrs and then resided in Mandaveli. The classes were conducted initially in C. P. Koil Street and later, at Malathy Matriculation School. He shifted to Thoraippakkam 7 months ago.

He also served as a Bharathanatyam lecturer in the Tamil Nadu Government Music College, R. A. Puram.