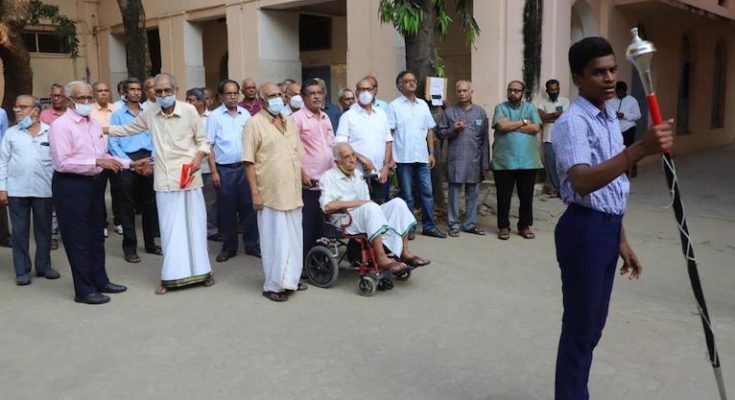 The alumni of the 1972 batch of P S High School instituted a Computer Science Chair to mark the alumni’s golden jubilee meet which was held on the school campus last week.

A donation of Rs 13.4 lakh was made to the school to train Plus One and Plus Two students in computer science education
by hiring subject expert teachers. 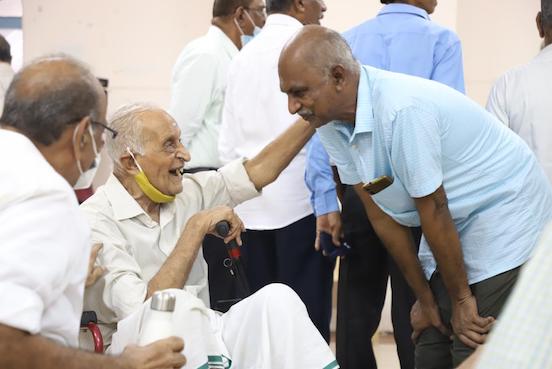 The teachers were honoured with a shawl and presented with a dothi and angavastharam and a cash sambavanai. A
one-minute silence was observed for departed teachers and for the classmates of 1972 batch.

The golden jubilee alumni baton from 1971 batch was handed over by the outgoing golden jubilee batch of 1971 by G P Ramachandran to the co-ordinator of the 1972 batch – Col C R Devanathan at a ceremony at the school campus.

Prakash M Swamy, an alumnus of 1972 batch and a member of the school management committee of P S Higher Secondary
School presented five sets of self learning compact discs on various computer subjects to students of five schools run by the P S Educational Society on behalf of his own Shri Vari Foundation and of the 1972 batch. This was handed over to K V S Gopalakrishnan, president of the PS Educational Society.

Prakash said his classmates based out of Bahrain, Australia and Singapore had flown down to attend
the reunion.

P S Prabhakar, secretary and correspondent of P S Senior Secondary School, an alumnus of the 1972 batch and a
descendent of the founder of the school late Pennathur Subramania Ayyar recalled the contribution of the alumni.

Some alumni attended the event with their spouses and they made time to show them their favourite classrooms
and play areas.