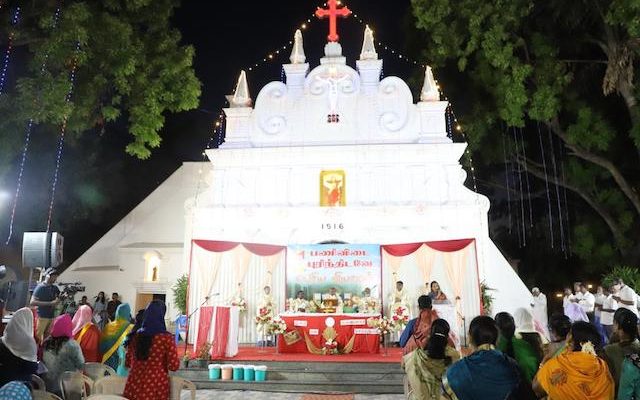 These are special services in the church calendar which recall the events leading to the condemnation, trial, suffering and death of Jesus.

On Thursday, the service at Our Lady of Light Church, commonly called Luz Church, the heritage church in Luz was held in the open air to accommodate a large number of people. Many priests led the service here which was also webcast via Madha TV. 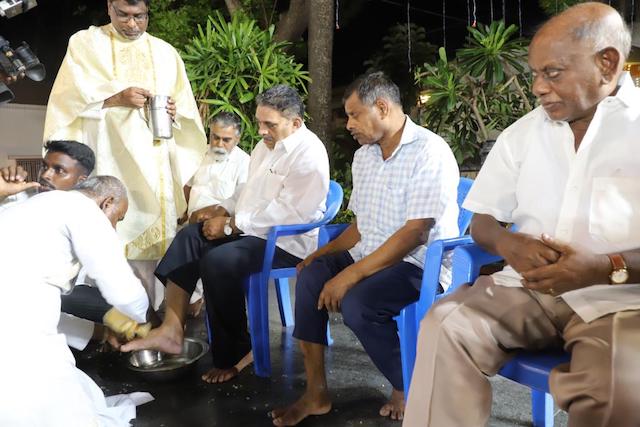 A symbolic act held during this service was the washing of the feet of 12 people by the priest, symbolic of what Jesus is said to have done to his apostles at what is called the last supper.

Similar services were held at St Thomas Cathedral and at other churches.