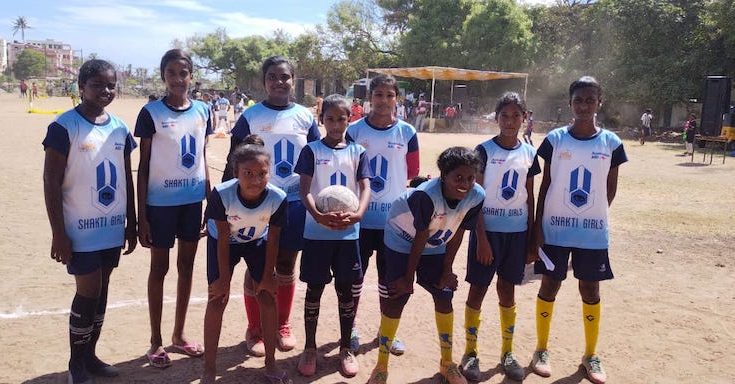 A group of youths from Srinivasapuram, a colony on the Pattinapakkam seaside got together last weekend to host a football tourney for teen girls and boys of football clubs in the city.

The dawn-to-dusk tourney was held in the rundown playground located off the run-down Housing Board quarters in this area.

The youths pooled money, sought donations from well wishers and got the support of the Pattinapakkam police to host the games.

“While clubs are holding training camps for teens in our city, getting them as teams to take part in a proper tourney gives a different experience and that is why we planned this event,” said Lawrence, one of the four organisers who made this event happen. “We gave them a match experience and they liked it.”

Players of the winning teams – girls and boys – were given medals and certificates. The local police helped to get a sponsor too.

The youths regularly train girls and boys of Pattinapakkam zone in football at the playground. “We want the kids to enjoy a sport and also keep them away from wasting time or getting misled,” says Lawrence.

Nirmal, Jagan and Sebastian are the others in the organising team.