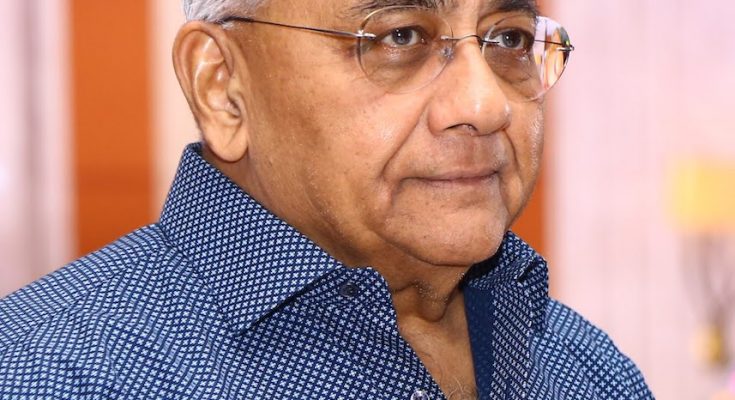 N. Sankar, who was at the forefront of the Indian PVC Industry for over five decades, passed away on Sunday following a brief illness. He was 76.

He resided in Alwarpet.

Sankar was just 26 years when he started out on his entrepreneurial career by acquiring a major stake in Industrial Chemicals and Monomers, a carbide manufacturing company. He was well known for several successful joint ventures and at one time, under his chairmanship, Sanmar company had over thirty JV partners.

Under his head, Sankar had built the Sanmar group into a billion dollar global conglomerate, a diversified multinational, with presence in India, the USA, Mexico and Egypt.

As a youngster, Sankar was a tennis star in the making, coached by the legend, T K Ramanathan but polio at 17 put paid to his tennis ambitions and also ended his term in city league cricket that he was playing at the time.

Driven by an unmatched passion for cricket, he pioneered the concept of professionally running private cricket clubs and had the longest and the most successful stint in running a cricket club in the country. Under his cricket patronage, Jolly Rovers won 20 First Division Titles in the Tamil Nadu Cricket Association (TNCA) league and over 60 tournaments in India.

Dashing TN opener from the late 1960s, KR Rajagopal was Sankar’s all time favourite player. He travelled thousands of miles around the country to watch his club cricketers play domestic matches in an effort to motivate them. Sankar was so passionate about the game that he saw his club players as one from his own family.

Sankar roped in India wicket keeper Bharath Reddy from State Bank in 1982. It was a transformational signing and in the four decades that followed, Jolly Rovers won the first division a record 15 times. Jolly Rovers has provided long term ‘cricketing employment’ to around 125 players.

The club has produced several Ranji and international cricketers. Sankar once said he wanted to provide the best infrastructure to his club players and created a world class cricketing facility at the sylvan settings within the IIT Campus, one that has been widely acknowledged as one of the most beautiful grounds that his company managed.

As early as 1976, Sankar became a committee member of the TNCA.  In the early 1990s, Sankar took over as the President of the TNCA after winning unopposed. He also roped in N Srinivasan (who had been out of cricketing action) as the VP of the TNCA.

Between 1988 and 1993, he was also active in the administration of the other sport that he so loved from his childhood – tennis. As the President of the Tamil Nadu Tennis Association (TNTA), he transformed the association in the five years that he was at the helm.

“The finances improved quite a bit – the Association I inherited was bankrupt with a negative corpus. Several tournaments were conducted, the most prestigious of which was the Indian Bank Indian Classic Tennis Tournament. During my Presidency, the biggest achievement was streamlining and regularising the administration and operations of TNTA. We improved its reach and infused a lot more interest in it. We also expanded it to other age groups and ladies. It continues to be the best organised and most popular tennis league in the country.” Sankar told this writer in the course of a long conversation in November 2020

When he heard about the ill health of two of the cricket stars of the 1960s, K R Rajagopal and Najam Hussain, both in their 80s now, Sankar organised big support for them in a matter of a few hours.

Sankar provided a great platform for many budding cricketers to pursue their cricketing interests. He stayed through many challenging times making a smooth transition through three different generations – from the golden days of the 1960s to the current set of  cricketers for whom cricket has become a full fledged professional career.

While many of the nationally renowned private clubs of the 1970s and 80s such as Mafatlal, ACC and Nirlon that rose to popularity ceased to exist, the personal passion of Sankar, in partnership with Bharath Reddy, has kept Jolly Rovers still relevant and at the top of the city league five decades after he took over. 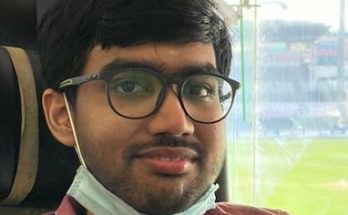