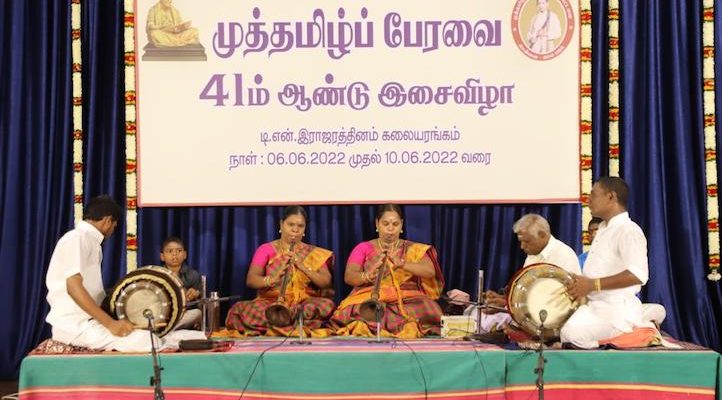 A four-day festival of music is being hosted by Muthamizh Peravai at the T N Rajaratnam Arts Auditorium in R A Puram, alongside the Adyar river banks.

It is on from June 6 to 10, with vocal and nagaswaram concerts, two held every evening.

This is the 41st edition of the festival.

‘On Thursday, June 9, nagaswaram by the Thirumeignanam Brothers is at 5 p.m. and vocal concert by S. Mahathi at 6.30 p.m.