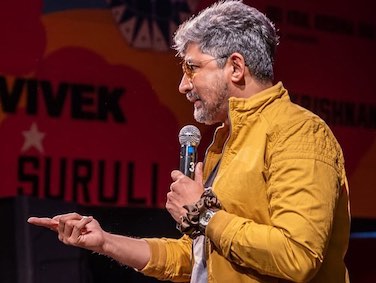 Actor-entrepreneur and stand-up comedian Karthik Kumar has just launched his new comedy production ‘Aansplaining’ and will have a series of shows at SOCO in Hotel Savera, Mylapore.

In his own words, this show ‘is a standup comedy unraveling of manhood and the gender inequalities that exist in our world.’

The shows are on June 11 and 12, two shows daily.  Tickets and details are at – http://www.karthikkumar.live/

Evam, the company he co-founded is based in CIT Colony, Mylapore.