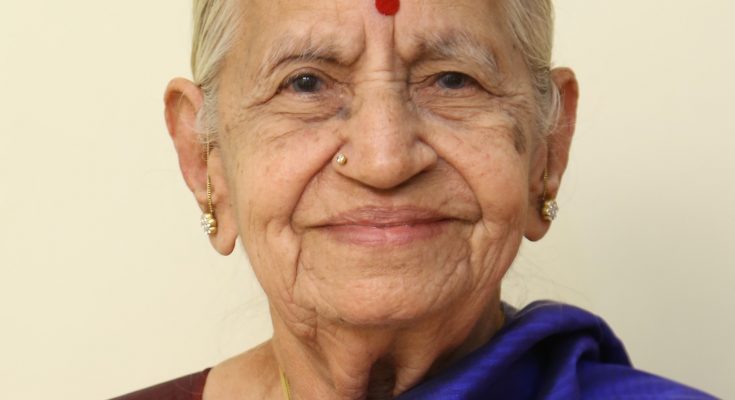 Sitalakshmi Narayanan (91), a resident of Mylapore for 37 years, passed away on June 19.

Hailing from a small village in Tirunelveli, her formal education stopped with elementary school. That didn’t stop her from continuously learning and broadening her knowledge and acquire consummate managerial skills.

Married before she became a major – at the age of 15 in the year 1946, she started young in Madurai shouldering the additional responsibility to nurture and educate the siblings of her spouse.

She moved to Mylapore in 1985 and managed the household independently till 2021, where-after she opted to live with her children.

Sitalakshmi was a multi-faceted personality with innate qualities of leadership and dynamism, her family said, She managed an extended family with hard work, frugal spending and much sacrifice, not uncommon in the 50s and 60s.

Regular visits to temples, participation in Thirupugazh bhajans, teaching Soundarya Lahari and other slokas weren’t just a pass-time but quintessential passion for her, her family said.

Sitalakshmi has extensively travelled within India. She travelled to Europe and the USA with her husband on her 50th wedding anniversary.

Her home, too small in the early days to reasonably spacious ones later, was always filled with relatives and guests. Seldom did she miss attending a function and assuming a central role in guiding the hosts on customs and traditions.

She was orthodox since birth and by conviction but was adaptive to accept changes over the next generations, albeit with reluctance. She recently had her 76th wedding anniversary.

Sitalakshmi is survived by her spouse L Narayanan (96), two sons and one daughter, all residing in and around Mylapore.